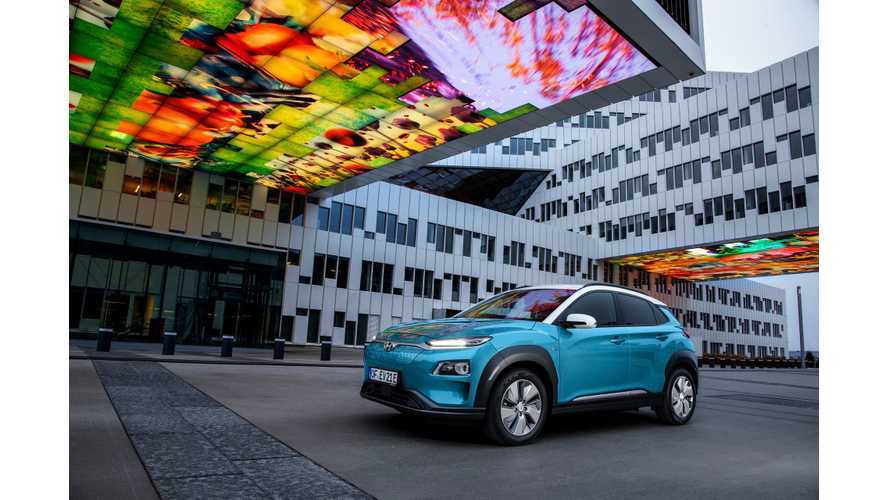 Hyundai Kona electric will make its India launch in July 2019

For Hyundai Kona, there's no sign of letting off considering the stream of good news this car is receiving. According to Financial Express, the EV is set to enter a rather big market. The Hyundai Kona electric is set to make its India launch in July 2019 and electric SUV will be assembled in India, at Hyundai's Chennai plant. The South Korean carmaker is slated to invest in an all-new assembly line at its plant to assemble the Kona electric SUV which will debut in India as Completely Knocked Down (CKD) units.

For Hyundai, the goal is to sell approximately 1000 electric SUVs in India in the first year of its launch. Since the vehicle will be India's first fully electric vehicle, the carmaker aims to ramp up the production as and when required since India is only now getting ready for the electric vehicle market. For the most part, the Hyundai Kona SUV will be sold only in top-10 metro cities before expanding further. Hyundai confirmed that the price of the Kona will be less than Rs 30 lakh, around $40,000.00 with today's exchange rates.

The Hyundai Kona comes with a near-300-mile WLTP range and real-life tests yielded around 250 miles of range - while driving under normal road conditions. The Kona is able to utilize fast 50kW DC chargers, but those may come in rather scarce in India these days. However, that will change quickly once more EVs start rolling on the streets of Calcutta and Chennai.

Definitely, the first signs of electrification in a country who badly needs cleaner air around its major cities is a big move forward. How fast will EVs catch on in India, still remains to be seen. However, for Hyundai, firmly capturing the higher-end of the EV market will allow them to establish their footprint in one of the world's fastest-growing economies. And if that happens, the Korean carmaker is in for some rather smooth sailing altogether.