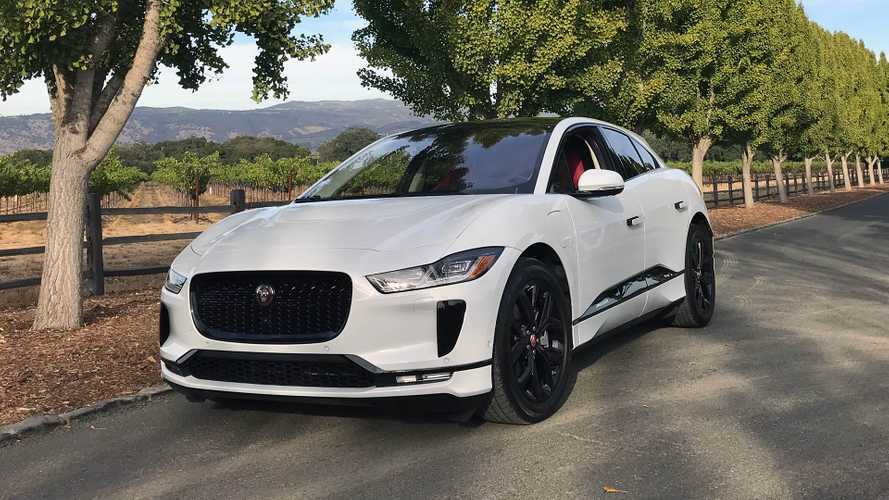 Jaguar’s Dr. Wolfgang Ziebart told us all the reasons why the best electric cars will soon have smaller battery packs.

More about the I-Pace

“I believe that 90 to 100 kilowatt-hours is the peak,” said Dr. Ziebart, pointing to the Jaguar I-Pace and its 90-kWh battery pack, which is officially rated to go 240 miles on a single charge. “In the future, it won't make sense to install bigger batteries.” We caught up with Dr. Ziebart last week in Redwood City, Calif., a day before the kickoff of the Jaguar Electrified Experience, a multi-city tour to introduce the I-Pace to American consumers.

Dr. Ziebart is not saying that capable EVs—like the 90-kWh Jaguar I-Pace or Tesla’s 100-kWh vehicles—will have less driving range in the future. Not at all.

But he believes that EV batteries can get smaller while offering the same amount of range because the energy density of batteries is increasing at a rate of about five percent every year. (Energy density is a measure of the kilowatt-hour capacity per unit of weight.)

Dr. Ziebart explained that the cost per kilowatt-hour of EV batteries is also dropping, in this case, by about 10 percent every year. These trends might lead you to believe that automakers will start supersizing their battery packs.

Instead, Dr. Ziebart told us, EV batteries will become smaller—for yet another reason. “When you have a better-developed charging infrastructure, then you won’t need such big batteries,” he said. “This is coming within five years. The average size of the battery will be smaller than it is in the I-Pace.” Imagine this future coming soon: smaller, lighter, less expensive battery packs with ubiquitous opportunities to recharge.

Some folks might argue that you need big batteries to deliver serious bursts of power—like the oomph I experienced last week on a rip-roaring 100-mile trip through California wine country in a gorgeous 2019 I-Pace HSE. Dr. Ziebart believes that engineers can modify battery chemistry to achieve targets for both power and energy. “The size of the active particles on the electrodes create the characteristics of the cell,” he explained.

Given the I-Pace’s ability to deliver 300 kilowatts (400 horsepower) for sustained periods of about 10 seconds, I was surprised to learn that the electric Jag’s cell chemistry was primarily configured for its energy-storage capabilities—not for acceleration. (By the way, I don’t recommend flooring the I-Pace for 10 seconds unless you are on a track.)

So while the 2019 I-Pace’s battery, sized to 90 kilowatt-hours, can provide more power than you could ever practically use—and 240 miles of range—electric cars in the near future will grant the same capacity with, say, an 80 or 70 kilowatt-hour battery.

For the past few years, the benchmark for technology supremacy among EVs has been more kilowatt-hours. But the best EVs will soon go further and faster with fewer kWh.