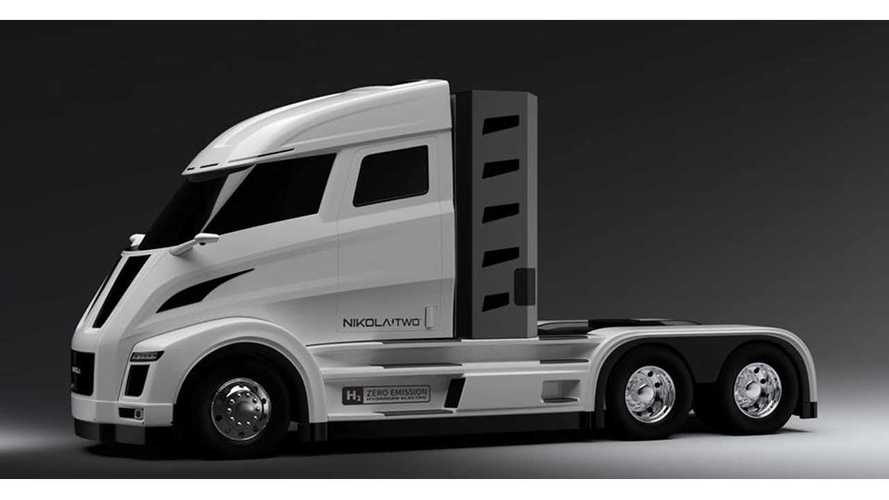 Nikola Motors will be an electricity guzzler. Probably not a wise marketing move for the automaker.

Because each of those stations are expected to serve 160 hydrogen fuel cell trucks a day (up to 8,000 kg of hydrogen), the amount of renewable electricity (mostly photovoltaic) needed to satisfy demand is projected to be extremely high.

The scenario envisions that 422 MWh of electricity is needed daily per station, which brings the total to 349 GWh for 828 stations in 2018 every day.

Assuming that 422 MWh is needed for 160 trucks, a single truck will need 2.6 MWh or 2,600 kWh of electricity to produce enough hydrogen for all its tanks. And that's probably a reasonable amount - because total efficiency of using hydrogen is low. We believe that an all-electric truck could do the same distance using 800-1000 kWh battery (charging losses would probably be only several percent).