Model 3 jumps up a slot in the GoodCarBadCar sedan charts to number 4.

In September, the Tesla Model 3 once again blasted records on the InsideEVs U.S. Plug-In Sales Scorecard. With our estimated 22,250 sales, it set an all-time single month record for any electric or plug-in vehicle. 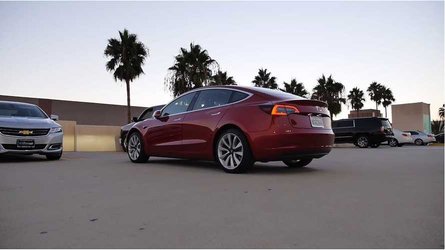 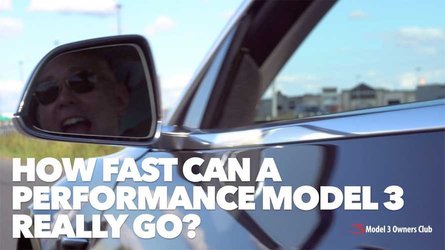 GoodCarBadCar uses InsideEVs estimate of 22,250 U.S. deliveries. Based on final sales numbers reported by GoodCarBadCar, the Model 3 sits in the #4 slot of U.S. passenger car (sedan and hatchback) sales in September. This places Model 3 sales just above the Toyota Corolla Family (20,797).

September saw the Tesla Model 3 move on from beating all its premium competitors to mix it with volume-brand passenger cars.

For the month, the Model 3 placed fourth overall in terms of volume shifted during September, outselling popular rivals from Toyota, Hyundai, Ford and Nissan.

An aggressive production ramp-up that started in July this year has seen around 54,000 Model 3s delivered in the third quarter of 2018, eclipsing the performance of the Mercedes-Benz C-Class – September’s second-top-selling premium car besides Model 3 – for the year so far.

Unlike previous months, we have quarterly numbers for GM sedan sales. The Malibu and Cruze sales were nowhere near the Model 3 this quarter, so there is no question of Tesla's position in the chart. The Model 3 also sits just outside of the top 10 at #13 for all automotive sales.

This continued feat was achieved despite the fact that Tesla Service Centers have been continually strained due to increased deliveries. However, the young automaker will shake off those growing pains soon.

For the full list to see where your favorite EV slots in the charts, check out the link below.