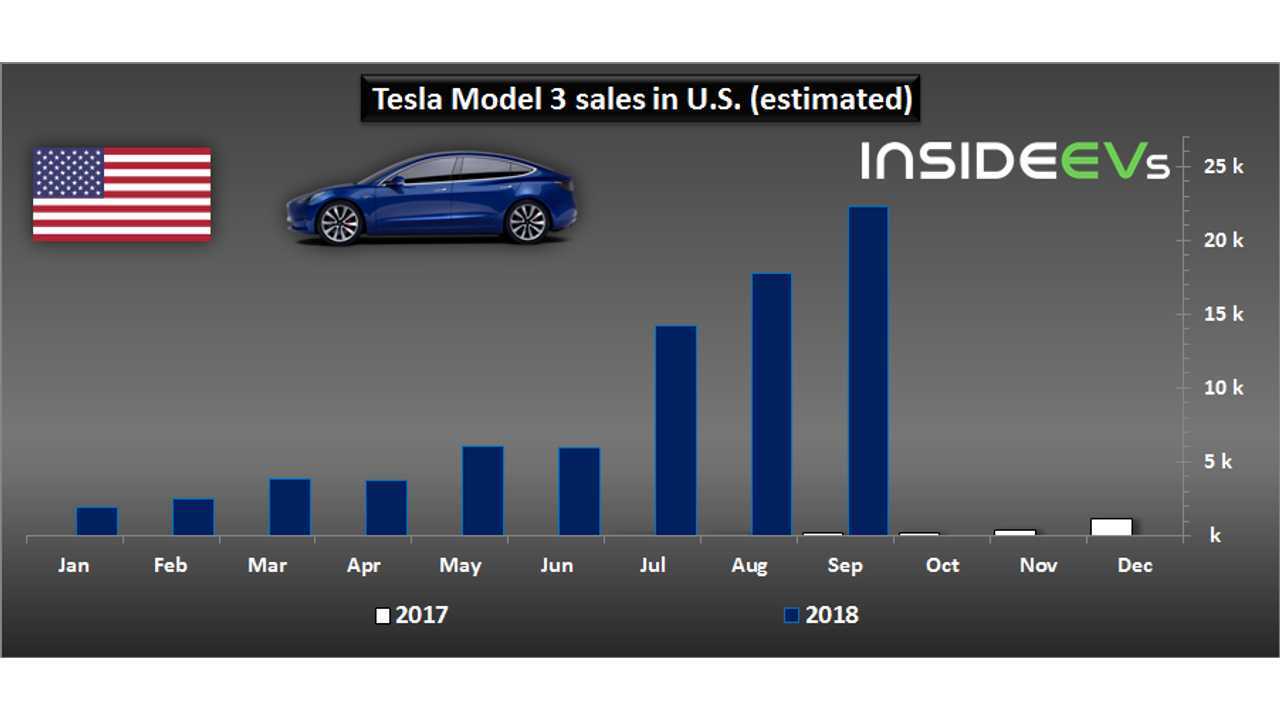 There are no contenders for the Tesla Model 3.

Tesla is selling more and more Model 3 and has now left behind all of the other premium models of comparable size in volume of sales.

It's not a surprise to us though, as the Model 3 is one of the top-selling passenger cars of any kind in the U.S. now., even outselling the Toyota Corolla.

The Model 3 already emerged from production hell (but is still running at just over half of anticipated ultimate capacity of 10,000 a week). Even so, it managed to work out an advantage of 50% above the second best-selling model from its class through the first eight months of this year:

Sales results in the U.S. between January and August of 2018: