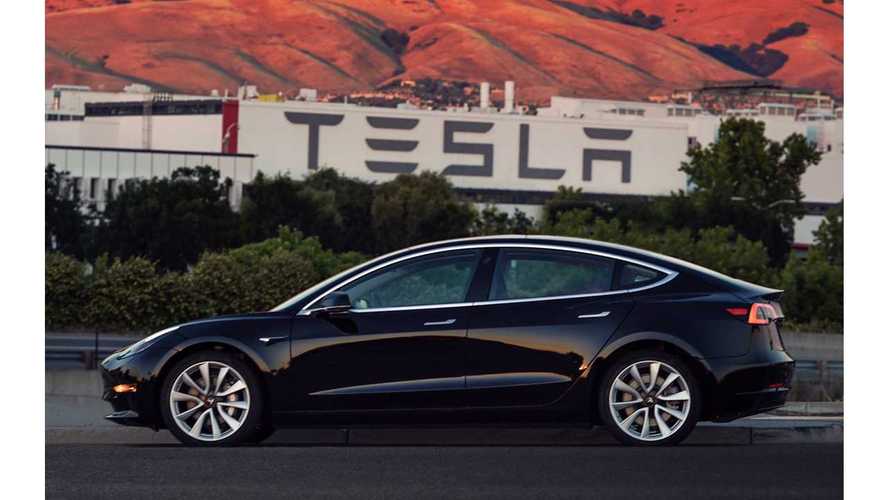 Tesla has just posted its Q3 2018 results and the numbers sure do impress.

Our focus at InsideEVs is always on deliveries, not production, so here are those vital Tesla figures:

Congrats to Tesla on this amazing achievement.

Some additional highlights include:

Full release from Tesla below:

53,239 Model 3 vehicles, which was in line with our guidance and almost double the volume of Q2. During Q3, we transitioned Model 3 production from entirely rear wheel drive at the beginning of the quarter to almost entirely dual motor during the last few weeks of the quarter. This added significant complexity, but we successfully executed this transition and ultimately produced more dual motor than rear wheel drive cars in Q3. In the last week of the quarter, we produced over 5,300 Model 3 vehicles, almost all of which were dual motor, meaning that we achieved a production rate of more than 10,000 drive units per week.

26,903 Model S and X vehicles, which was slightly higher than Q2 and in line with our full-year guidance.

Our Q3 Model 3 deliveries were limited to higher-priced variants, cash/loan transactions, and North American customers only. There remain significant opportunities to grow the addressable market for Model 3 by introducing leasing, standard battery and other lower-priced variants of the car, and by starting international deliveries.

Demand for Model S and X remains high. In Q3, we were able to significantly increase Model S and X deliveries notwithstanding the headwinds we have been facing from the ongoing trade tensions between the US and China. Those trade tensions have resulted in an import tariff rate of 40% on Tesla vehicles versus 15% for other imported cars in China.

In addition, Tesla continues to lack access to cash incentives available to locally produced electric vehicles in China that are typically around 15% of MSRP or more. Taking ocean transport costs and import tariffs into account, Tesla is now operating at a 55% to 60% cost disadvantage compared to the exact same car locally produced in China. This makes for a challenging competitive environment, given that China is by far the largest market for electric vehicles. To address this issue, we are accelerating construction of our Shanghai factory, which we expect to be a capital efficient and rapid buildout, using many lessons learned from the Model 3 ramp in North America.

With production stabilized, delivery and outbound vehicle logistics were our main challenges during Q3. We made many improvements to these processes throughout the quarter, and plan to make further improvements in Q4 so that we can scale successfully. As part of this effort, we plan to continue to expand direct deliveries to customers at their home or office, a service we launched in Q3 to improve customer convenience.

Our net income and cash flow results will be announced along with the rest of our financial performance when we announce Q3 earnings.

We want to thank the entire Tesla team for executing so well during this challenging ramp up in deliveries. We also want to thank all of our customers who volunteered to help us with deliveries, and our new customers who are showing their faith in Tesla by purchasing our products in such large numbers. It was beyond inspiring to see the contributions made by the whole Tesla community.