This Guy Can Fix Just About Any Tesla, Even If It's Totaled 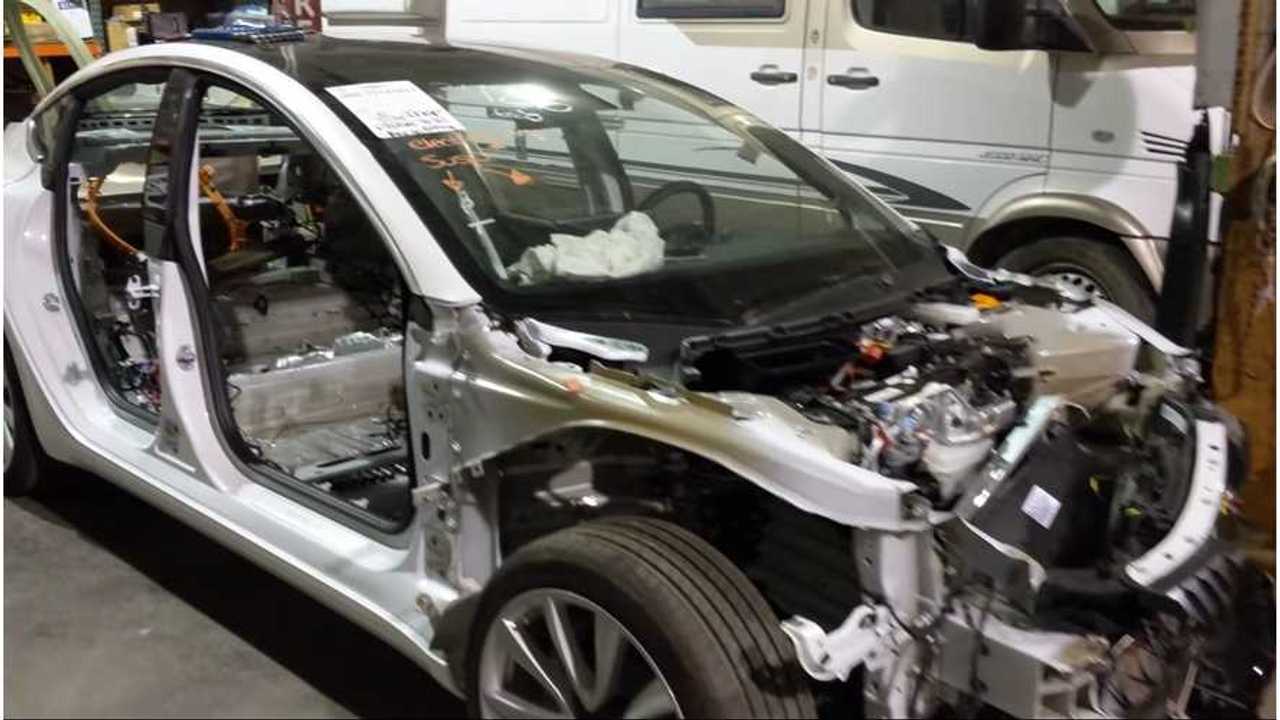 IF YOU TOTAL YOUR TESLA, THERE’S A GUY WHO CAN FIX IT

All automobiles are supported by an ecosystem of services, which traditionally includes dealerships, repair shops and fueling stations. One of the ways Tesla has redefined the auto industry is by vertically integrating these services. You can buy a vehicle directly from Tesla, have it serviced at a Tesla service center, and charge it at a Tesla Supercharger. On the whole, most customers seem to be happy with this arrangement, but some believe that there is an unmet need for independent repair shops, and a community of DIY Tesla repair techs has developed. Because Tesla doesn’t support their activities, there’s an underground, hacker vibe to the scene.

A recent Motherboard documentary told the story of Rich Benoit, aka the Doctor Frankenstein of Teslas, who salvages Tesla parts and uses them to repair cars damaged in crashes, fires and floods.

Another guerrilla repairman is Phil Sadow, aka Ingineer, an electrical engineer who has been rebuilding and selling salvaged Teslas for three years. A recent article in Fast Company tells us how Sadow also teaches fellow enthusiasts to develop their repair skills. The intrepid Ingineer says he’s participated in almost 400 Tesla refurbishment projects.

According to Sadow, Tesla really doesn’t want cars that have been in serious accidents back on the road, and the company has taken steps to make it almost impossible to repair them. “When a car is totaled,” he says, “they deny parts, they don’t in any way give service information, the service tools like all the electronics and computer stuff needed to work on the cars...except where they’re required to by law. And even then they don’t do that.”

Sadow understands the reason for this policy: given the media hunger for anti-Tesla articles, any incident involving a repaired Tesla would surely be blown out of proportion by the press. “Tesla’s trying to protect their stock price and their mission by eliminating some of this,” he says. “If I buy a salvage car and fix it improperly and it kills someone or burns a house down...it’s not going to be ‘Man fixes Tesla improperly and hurts someone.’ It’s going to be ‘Tesla kills someone.’”

Above: A look at the Tesla Model 3 drive unit (Youtube: Ingineerix)

Sadow is obviously a big fan of Tesla’s mission, but he fears that making it difficult to repair damaged vehicles is a short-sighted policy, because the lack of a market for salvaged Teslas will eventually lead to expensive insurance premiums.

Normally, when a vehicle is totaled, it’s sold at an insurance auction to a shop that either repairs it and puts it back on the road, or sells it for parts. This healthy secondary market allows insurance companies to recoup a substantial part of what they have to pay to replace a “totaled” vehicle. However, because of Tesla’s policies, Sadow says, the market for salvaged vehicles is thin, so auto insurers tend to lose a lot of money on totaled Teslas. “The insurance underwriters figured it out,” he says. “‘Oh, it’s a Tesla, we’re going to eat our lunch on these.’ So they start raising premiums. A lot of insurers consider the Model S and the Model X exotics, like a Ferrari. For that reason, they’re losing their shirt on even relatively minor accidents.”

In the US, only Massachusetts has a “right to repair” law, which requires auto dealerships to make parts and service manuals available to independent repair shops. According to Sadow, even in Massachusetts, Tesla has so far refused to release service information for Model 3. (Tesla told Fast Company the same thing they told Motherboard: owners are free to do whatever they want to their cars, and the company will inspect salvaged vehicles for a fee to assess what repairs are needed.)

Above: A look at the Tesla Model 3 battery pack (Youtube: Ingineerix)

Sadow’s EV-recycling career began in 2015 when he bought a Model S that had been through the Houston flood. He and his girlfriend took the car apart, repaired the damaged electronics, gave it a thorough cleaning and got it back on the road. Soon he partnered with a body shop owner in Minneapolis, and the two began regularly buying, repairing and reselling salvaged Teslas.

Nowadays Sadow spends more time teaching others to resurrect Teslas than fixing them himself. As more Model 3s hit the roads, more damaged vehicles will be showing up at insurance auctions. “There will be people that want to know how to work on them,” he says, “and that’s basically my full-time job now - helping other people work on these cars.”

Sadow has created his own answer to Tesla’s mobile app, which offers his car-fixing customers access to information such as battery voltages and diagnostic codes. Getting into Tesla’s software required gaining root access - something like jailbreaking a phone. It took Sadow about four months to figure out how to reverse-engineer Model S’s systems, but it took him only three weeks to get the same access to Model 3, as many of the new car’s systems were based on the older model. Tesla hasn’t tried to stop him, but it does employ some software counter-measures to limit what owners of damaged cars can do. When Tesla becomes aware that a particular vehicle has been in a catastrophic accident, it “blacklists” it, meaning that it will refuse to sell the owner any parts.

Above: A look at the Tesla Model 3 cooling system (Youtube: Ingineerix)

That’s not a problem for Sadow and his fellow renegade rebuilders, because salvaged parts are plentiful and cheap. Sadow is proud of the fact that his revenant Teslas have been problem-free, and hopes that, as long as that remains the case, the company will leave him alone and let him get on with his business. “As long as it keeps them out of the news,” he says, “and as long as they don’t see one of the cars I helped repair burn down or burn down someone’s house or neighborhood, then they’re completely don’t ask, don’t tell.”