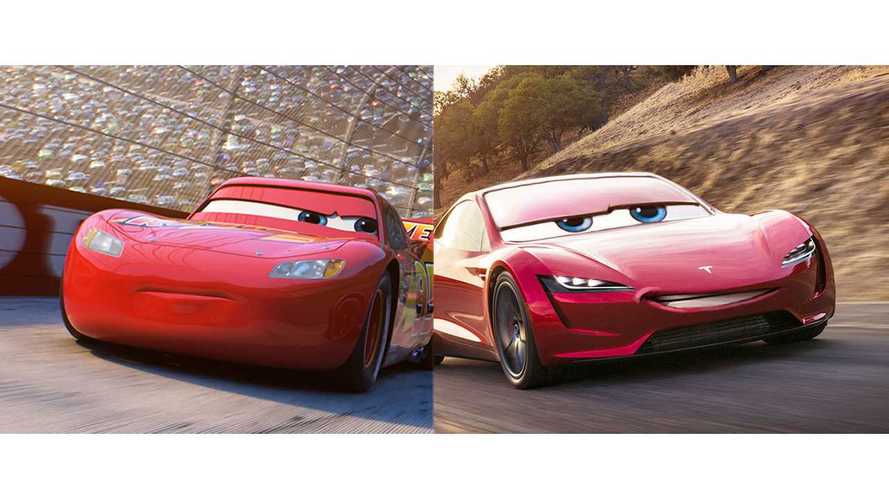 This weekend, Tesla will be hosting a pair of movie nights for employees and their families at the Tesla Gigafactory. The automaker will be projecting the Pixar flick "Cars 3" on the side of their factory in Sparks, Nevada.

More About the Gigafactory

In the film, Lightning McQueen is "blindsided by a new generation of blazing-fast racers" and has to find a new way to compete to stay in the race. If McQueen thinks Jackson Storm is a force to be reckoned with, he had better watch out for the new Tesla Roadster and Model 3 Track Mode.

On top of the movie on the big "screen", the automaker will be providing bouncy houses, food trucks and concessions. In the letter sent to employees:

In recognition of your hard work of the last year, we would like to celebrate with you.

Join us for movie night-- Pixar's Cars 3 will be projected on the side of the Gigafactory, along with food trucks for dinner, bouncy houses for the kids, and concessions.

This is all free of charge for you and your family as our way of saying thanks.

Please pick one of two nights (Starting 7:00 pm: Saturday, October 6th or Sunday, October 7th) and RSVP by the link below. Bring blankets or chairs to get comfortable for the movie. Looking forward to seeing you there!

Sure, McQueen may not be as cool as the all electric Elasticycle from that other Pixar franchise. But the kiddos will enjoy the family activities.

CNBC says Tesla hosted a similar "family day" at a waterpark last year. However, the past two quarters were especially difficult as the automaker dramatically increased Model 3 production. So this is certainly a nice gesture.