From the slick interior to the facial-recognition cameras, we see it all.

Back in August Rimac showed us the California Edition of its amazing C_Two electric hypercar, and just a few days ago we got a preview of that car’s underpinnings courtesy of Pininfarina, which is making an electric dream machine of its own called the PF0. We’ve not yet had the benefit of a really close look at the Rimac, but YouTuber Aaron Palos recently stopped by Ferrari of Denver, where a C_Two is on display. He recorded the visit and uploaded it to his channel, and now we’re more eager than ever to see the final production version of Rimac’s latest monster. 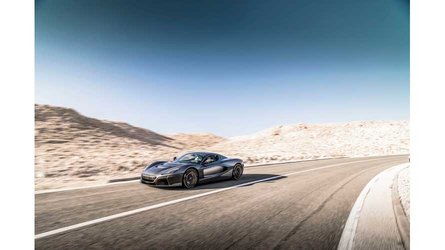 Rimac Joins The Lineup At The Exotics On Cannery Row 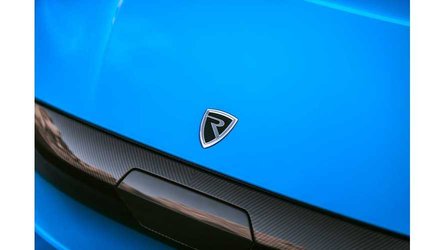 In case you need a refresher, here’s what you need to know about the Rimac C_Two. It has four electric motors – one at each wheel – that can generate a combined 1,888 horsepower (1,408 kilowatts) with a 120-kWh battery that can also allow for a range of 404 miles. Of course, that range will drop if you drive the C_Two like you stole it, and a with a claimed 0-60 time of just 1.85 seconds, it will admittedly be hard to not dip into the throttle at every single opportunity.

This particular car looks outstanding in blue, and despite its smallish size the interior actually looks quite roomy and comfortable. We’re given a full tour of the car, including a close look at its face recognition camera on the outside, which is used in place of a traditional key fob to lock the car. Basically, you walk up to the C_Two, the camera recognizes your face, and the doors open. Another camera inside recognizes the person behind the wheel and, provided there’s a proper match, energizes the systems for the driver. It sounds freaking cool, as long as the system functions as advertised. We'd hate to be denied entry after growing an epic beard during a month-long vacation.

Rimac is still tweaking the final production version of the C_Two, but a vast majority of the planned 150-car production run is already spoken for despite a retail price over $2 million. That’s the price you’ll pay for what could be the quickest, most technologically advanced vehicle in the world when it officially hits the road in 2020.