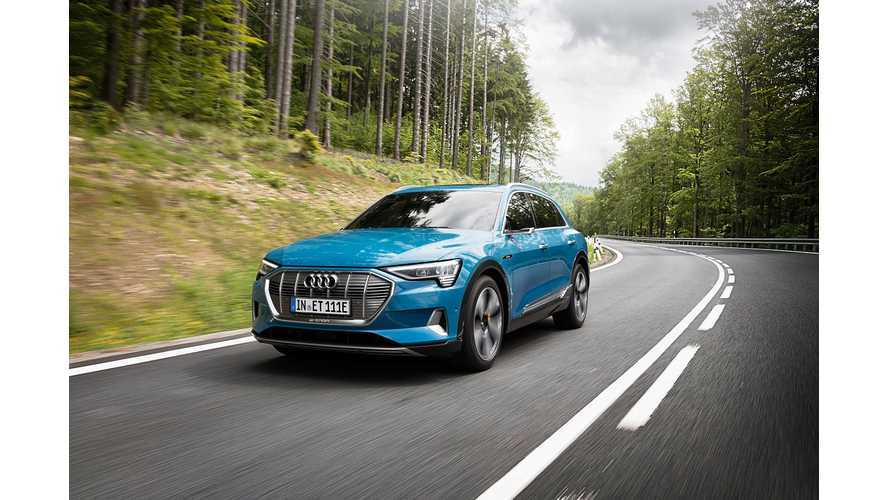 It appears the all-new 2019 Audi e-tron may be the official car in this highly anticipated, upcoming film.

More details and teasers are finally beginning to pop up for the much-anticipated upcoming Marvel Studios/Sony Pictures collaboration: "Spider-Man: Far From Home," starring Jake Gyllenhaal (at least as far as reports can tell), though the studios haven't yet confirmed much. Nonetheless, we not only get a first glimpse at the film's potential villain, but also, it appears the 2019 Audi e-tron will hit the big screen. Just the other day we shared Hollywood's growing affinity with Tesla vehicles. We can only hope electric cars will begin to take the forefront in blockbusters on a much more regular basis.

Audi Receives 10,000-Plus Pre-Orders For e-tron

Final scenes from Spider-Man: Far from Home in Liberec, now the end of filming pic.twitter.com/D9SNaHSBJk

For those who aren't aware, these Marvel movies almost always sneak a featured car in that gets top billing. For instance, in the last film, "Spiderman Homecoming," an Audi A8 made an appearance. So, it would make perfect sense for Audi's new all-electric entrant to be featured in the upcoming movie. Take a close look at the short video embedded in the tweet above. Do you think it's the e-tron? We're pretty confident that it is.