Is Tesla's Biggest Edge Due To Software? 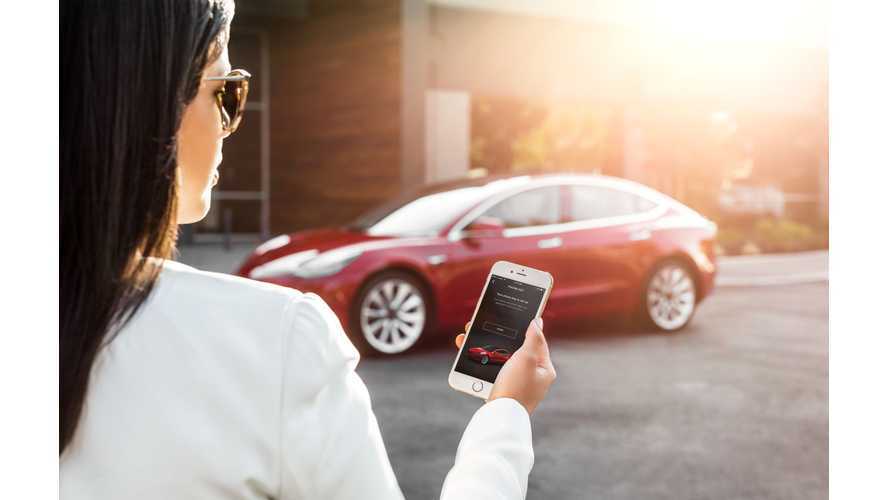 SOFTWARE COULD BE TESLA'S BIGGEST WEAPON OF DISRUPTION

We hear the term “disruption” a lot in connection with Tesla. There’s no question that a wave of disruption is beginning to hit the auto industry, and that Tesla is the earthquake triggering the tsunami. But which of Tesla’s products and features are truly disruptive, and who, exactly, is going to get disrupted? A recent article by Benedict Evans delves into the details of disruption, with some cogent comparisons to other tech quakes of the past.

We all know what happened to Nokia, but is Tesla “the new iPhone,” and if so, what would that mean? Disruption occurs when a new technology or concept changes the basis of competition in an industry. However, not every new technology turns out to be disruptive. “Some things do not change the basis of competition enough, and for some things the incumbents are able to learn and absorb the new concept instead,” writes Evans, noting that Clay Christensen calls this sustaining innovation as opposed to disruptive innovation.

Most products and services don’t exist in isolation, but rather as part of a stack or value chain. Evans points out that a new technology may be disruptive to some links of the value chain, but not others. “The iPhone disrupted the handset business, but has not disrupted the cellular network operators at all, though many people were convinced that it would. Online flight booking doesn’t disrupt airlines much, but it was hugely disruptive to travel agents.”

Traditional OEMs are likely to be disrupted by the coming waves of electrification and autonomy, but some component suppliers may be able to adapt easily enough. For example, Cummins, one of the world’s largest manufacturers of diesel engines, is steadily moving into the electric motor space.

Above: Benedict Evans discusses Tesla and the nature of disruption (Soundcloud: Andreeson Horowitz)

Of course, Tesla is an innovator in several areas, not all of which have to do with electrification (autonomy, direct sales, software). Evans takes a detailed look at some of the significant areas in which Tesla is expected to play the role of disruptor.

Most industry insiders agree that Tesla has a lead of several years in the technology of batteries and motors. However, Evans writes, “lithium batteries and electric motors are not an exotic new technology with lots of primary IP. Nor are there any network effects or ‘winner takes all’ effects. It seems pretty likely that in the medium term (that is, by the time batteries are cheap enough for wholesale conversion of the industry from ICE to electric) both the batteries themselves and the motors and control systems will be mostly commodities.”

“In such an environment, creating great components in-house does not necessarily give you any particular advantage any further up the stack. Sony’s image sensor unit is doing very well in the smartphone business, but Sony’s smartphone unit is not doing well at all. Conversely, Apple rigorously manages close to 200 suppliers (including Sony) and designs only a small number of critically differentiated parts itself. Hence, industry insiders have opinions about who makes the best power amp or GPU, but this is mostly invisible to consumers.”

Tesla and its partner Panasonic will remain major battery suppliers for the foreseeable future, but will this give customers a reason to choose a Tesla vehicle over a competitor?

Above: Even prior to the big Model 3 ramp-up, Panasonic/Tesla was already the world's biggest maker of electric vehicle batteries by MWh (Source: Renew Economy via Bloomberg New Energy Finance)

Another significant innovation that Tesla has made is taking a systems approach to vehicle software. As Tesla founder Ian Wright told me in 2014, “If you’re a Silicon Valley technology engineer, and you look at the way modern cars are designed from an electronics point of view...it looks like a dog’s breakfast.” Whereas a Tesla is controlled by a single integrated computer system, a legacy automobile is a mishmash of separate, incompatible computer systems, each one sourced from a different supplier. Moving to a more system-centric approach will be no minor adjustment for the automakers - it will be a revolution in the way they design and build their products.

Evans reminds us of the old car industry saying that you can see the organization chart of a car company in the dashboard, and also see that the steering wheel team hates the gear stick team. “A modern car has dozens of different electrical and electronic systems...and the only point of integration is the switches on the dashboard,” Evans writes. “Each of these components has what the car industry calls software, but this is really what Silicon Valley would call firmware, or at most device drivers.”

Evans agrees with Ian Wright that this approach is going to have to change, and predicts that it will be a huge challenge both for the suppliers and for the incumbent automakers. In fact, he thinks that this looks a lot more like disruption than electrification does. “Tesla is of course already here, which is why it could fix a brake problem in the Model 3 over the air - the code it needed to change wasn’t in the brakes. This is also apparently one way that Tesla reduced the cost of the Model 3 compared to the Model S.”

“There’s a useful parallel here with PCs and laptops,” says Evans. “Apple is very specific in what components it uses and how they are optimized to work together and fit into the available space, and this produces small, light, power-efficient laptops. Conversely, a laptop from Dell, or a desktop PC, has much more flexibility and interchangeability of parts, which also means less integration and more empty space inside the case. Each approach has its benefits, and the modular PC model had perfect product-market fit in the 1990s. So, how far does this translate into reasons to buy?”

Evans notes that vehicle autonomy is likely to be more of a world-changing disruption than electrification, and that Tesla is also a pioneer in this realm. “However, in autonomy, Tesla is not just competing with car companies - it’s competing with other software companies. It doesn’t have to beat Detroit at software - it has to beat all the rest of Silicon Valley at software. In this competition, Tesla’s thesis is that the data it can collect from its cars will give it a crucial advantage.”

Many have written that the vast amounts of data Tesla is gathering from its fleet of Autopilot-equipped cars gives it a huge head start over other players in the autonomy game. Evans is a bit skeptical of this thesis, noting that Waymo’s cars have driven 8 million miles already. “Tesla’s have driven more, but how much do you need...before your autonomy is as good as the best on the market? How many companies might be able to reach that? Meanwhile, machine learning itself is changing quickly - one cannot rule out the possibility that the amount of data you need might shrink dramatically.”

The disruption scenario turns out to be quite complex, and many questions about who’s going to be disrupted, and how, remain to be answered. “The history of the tech industry is full of having a lovely product, or being the first to see or build the future, were not enough,” Evans concludes. “A great, innovative car and a great car company are not the same thing. Tesla owners love their cars. I loved my Palm V, and my Nokia Lumia, and my father loved his Saab 9000. But being first isn’t enough, and having a great product isn’t enough... you have to try to think about how this fits into all the broader systems.”