Don’t try this at home.

Driving isn’t the safest thing to do when it’s raining. Even a slight drizzle could mean wet roads and wet roads mean less friction between the tires and the concrete. However, safety is something that isn’t in the vocabulary of the Porsche 918 Spyder – or at least its driver from this video. 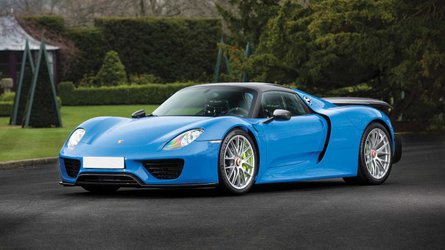 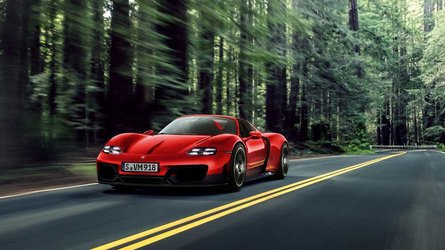 In a tire test at the Johnny Bohmer Proving Grounds on Merritt Island, Florida, a Porsche 918 Spyder attempted to reach its top speed in a 2.7-mile runway. It would have been an easy task for the 918 Spyder. After all, it’s powered by a 600-horsepower naturally-aspirated 4.6-liter engine and two electric motors that deliver an additional 282 hp. Whether the hybrid supercar will hit its top speed on this test or not wasn’t really a question, but it’s more of how long.

However, there’s one tiny bit of a problem – it’s drizzling and the concrete has become wet. While that may mean that showtime’s over, it wasn’t the case in this video.

Even with the wet road, the guys testing the tires pushed through with the plan. The Porsche 918 Spyder was launched on green flag with all the intention to reach 217 miles per hour, it’s registered top speed. It didn't have any problems despite the uneventful condition; it’s like the car didn't lose any of its traction at all.

Towards the end of the straight, though, the supercar failed to do reach its registered top speed and was “only” able to do 207 mph. Still, it was an impressive run and we really think the driver here has a big pair to perform such dangerous stunt on a wet surface.

A little warning for you dear reader: please don’t try this at home. Unless you’re driving a Porsche 918 Spyder, that we guess that’s fine.

By: Jacob Oliva
++
Got a tip for us? Email: tips@insideevs.com