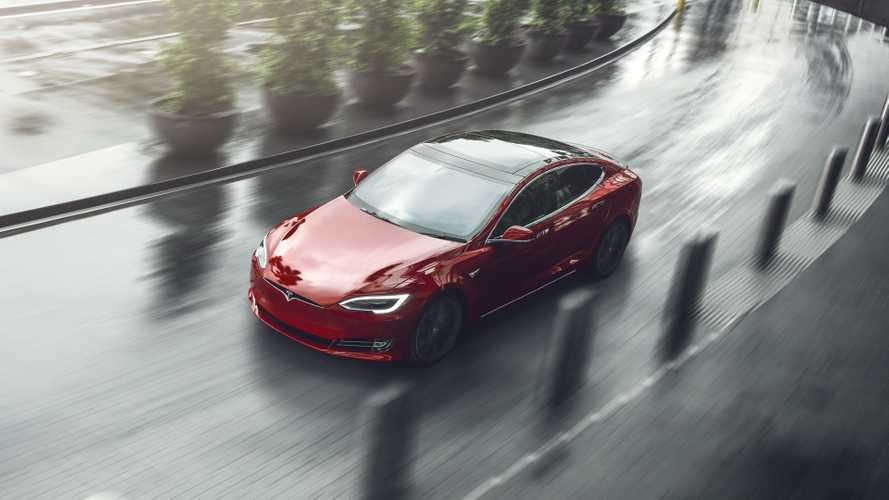 Tesla's cars have become popular with many of Hollywood's biggest stars. But more recently, many of those who are behind-the-scenes on today's television and movie sets are embracing the electric car and clean energy. Ian Bailey reports in The Globe and Mail that movies and television shows "with green content can drive sustainability." And that's an important message that can be promoted from Hollywood to the masses.

Above: Tesla Model S in the Deadpool 2 movie (Image: IMCDB)

Bailey says, "It’s a point the TV and film industries are trying to make with viewers, in the same way they turned against smoking and other uses of tobacco in previous decades." Bailey interviewed Clara George, a producer on The Arrangement, a television series which included "a subtle nudge to viewers about the importance of sustainability." For instance, "Another character on the show drove a Tesla."

“People are very worried they are going to have to change their lives dramatically to take any sustainable steps," George says. “What we can show them is, 'No, you don’t. They can just be in anything.’” She adds, "What drives me crazy is that people still think it’s a discussion. We need action now... I don’t think climate change is debatable."

Above: An all-electric Tesla Model S and BMW i3 appear throughout the most recent season of HBO's Curb Your Enthusiasm (Image: IMCDB)

Zena Harris, creative director of the Sustainable Production Forum at the Vancouver International Film Festival explains, "We don’t want to necessarily impact the creative element in terms of story line... But if is going to be driving a car somewhere, could that car be an electric vehicle? This is where we start to normalize behaviours onscreen, and substitute in products and behaviours that are more environmentally conscious."

Above: A Tesla Model 3 shows up on The Simpsons (Image: IMCDB)

Jeremy Mathieu, a sustainability adviser for the BBC, is reported to have "encouraged producers to depict electric-car charging points in the background of a street scene...  have characters working in the green industry and mentioning climate change or pollution as part of a conversation."

Above: Dinesh's Tesla Model S played a starring role on the most recent season of HBO's Silicon Valley (Image: HBO)

BBC's Mathieu adds, "By showing on screen that we understand the changes that are happening, we can show the audience that we get it, we are with them in this, we are relevant in this changing world and there is, indeed, hope that we can address and deal with these major problems."

Source: The Globe and Mail