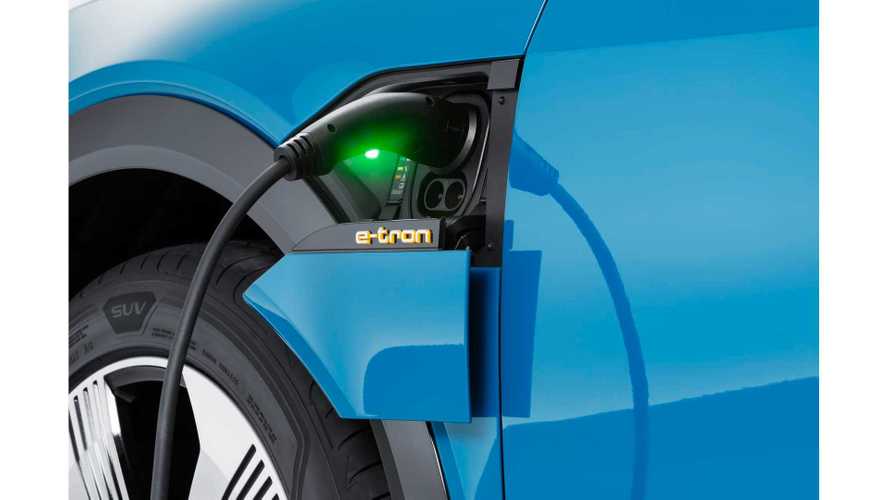 The first Audi Q5 plug-in hybrid e-tron is set to debut next year.

The next-generation of Audi's hybrid powertrain is set to debut next year. The system is said to provide up to a third more range than the outgoing system, which allows the A3 e-tron and Q7 e-tron to achieve 31 miles of electric-only range. The news was revealed through Audi powertrain director Siegfried Pint. He claims that the next generation of PHEVs will get 20-30% more zero-emission range, equating to 42 miles.

More about the Audi e-tron

Audi Receives 10,000-Plus Pre-Orders For e-tron

The news comes in the midst of Audi's offensive in which the German carmaker aims to launch 10 plug-in hybrids and 10 electric cars by 2025. The first vehicle that will include the new hybrid powertrain is said to be the upcoming 2020 Audi Q5 e-tron, closely followed by an A6 e-tron and Q3 e-tron models.

According to AutoCar, the Audi Q5 e-tron - spotted testing in the US earlier this year - will be powered by Audi’s EA888 turbocharged 2.0-litre four-cylinder petrol engine. In the Q5 e-tron, the engine produces 188 horsepower and 236lb-ft of torque. Furthermore, an electric motor mounted to the seven-speed automatic gearbox will provide an additional 108 horsepower and 221lb ft of torque. Unfortunately, performance data is yet to be revealed by the carmaker.

However, the Audi Q5 e-tron is expected to power the front wheels directly by the ICE (Internal Combustion Engine) powerplant. The electric motor - located in the back - is to power the rear axle, earning the upcoming SUV (Sports Activity Vehicle) the highly-coveted Quattro badge. According to several sources, this is expected to be the quickest 2.0 liter powered Audi Q5 available. As for any other changes when compared to the rest of the Audi Q5 range, no major changes are expected. The vehicle will supposedly regain its electromechanical steering and Dynamic suspension. Furthermore, it will be available with the Virtual Cockpit digital instrument display option as well.