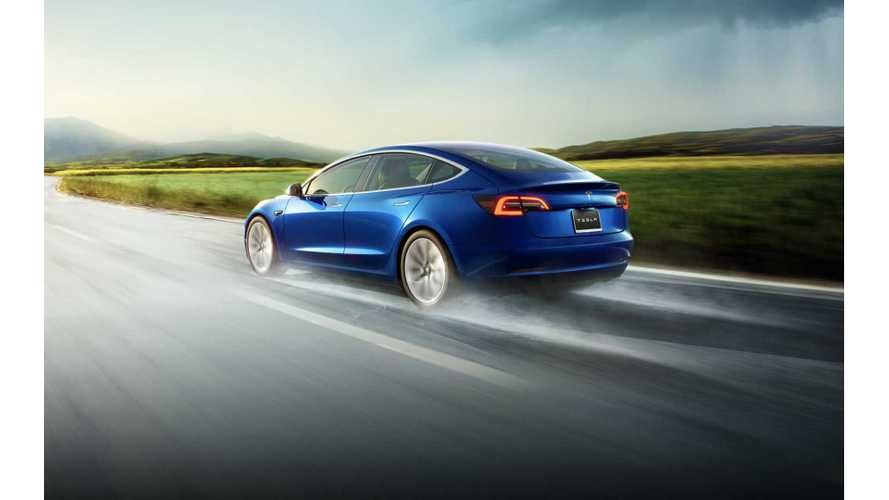 Raise the roof. Or rather, pop the top off of that tent.

It's a recurring theme here when it comes to Tesla Model 3 sales of late.

In both May and June, Tesla Model 3 sales exceeded 6,000 units, but that’s tiny compared to the explosion of sales in July, which amounted to 14,250.

But now, there's yet another month in the books and, of course, a new sales record, too.

The moment of electric car lift-off has arrived with the Model 3 obliterating all previous marks and surpassing a new milestone, the 20,000 -unit mark.

September will be one to remember, that's for sure. And it's not just Model 3 sales that took off for Tesla.

Ready for them beyond expectations sales numbers? Aren't we all...

By our estimations, Tesla sold an epic 22,250 Model 3s in September in the U.S. Shocked? Of course, that’s the highest ever for sales of a single plug-in electric car in any month, beating the old mark set by the...Model 3. And it's the first time ever an electric car surpassed 20,000 sales in a month in the U.S.

The Model 3 now stands alone as one atop the sales chart for the year with no other plug-in electric car capable of catching it. The YTD tally so far stands at 78,132. An untouchable figure. The highest volume of sales ever for an electric car in a single year was back in 2014 when LEAF sales hit 30,200. With three months of sales still remaining in 2018, the Model 3 sits at nearly double the LEAF's record and well on track to blow way past 100,000 by year's end.

For September, we estimate the following for sales of these two Teslas:

Both of those figures are well over August results when our estimates put both cars at a volume of 2,625 for the Model S and 2,750 for the Model X.

Perhaps it's time to give Tesla proper props for its plug-in progress. In terms of sales, the automaker is now clearly unmatched.