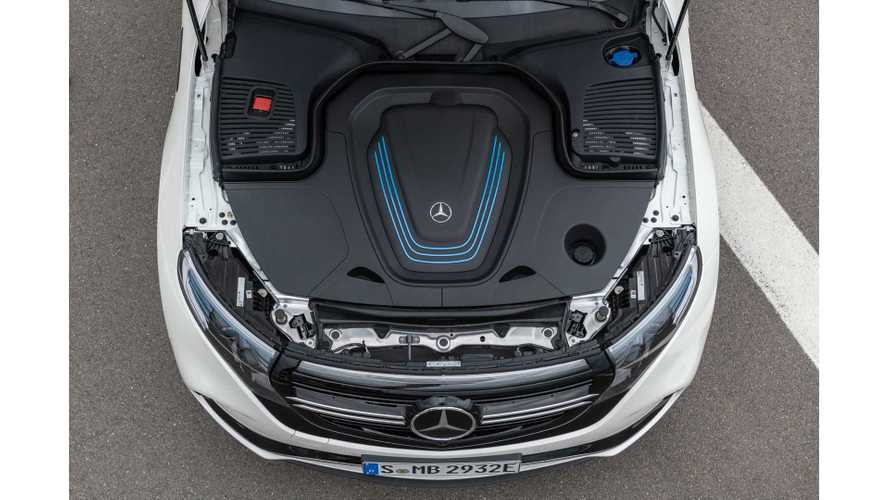 EQ flagship is designed to be electric

Mercedes-Benz finally revealed the production version of its EQC last week, but that's just the tip of a very long spear of an ambitious electrification program that will reportedly involve an investment of 10 billion Euros ($11.6 billion) and involve 130 vehicles. At least ten of those vehicles, under the EQ banner, will be all-electric, while plug-in hybrids will fall under the EQ Power standard. Mild-hybrids will be badged as EQ Boost vehicles. Out of all these, the one we're most excited about, so far, will be called the EQS.

According to Autocar, the EQS will be the first offering built on the new MEA2 platform and designed from the ground up to be electric. A sedan, it slots size-wise in between the S class and the E class, similar to today's CLS. Because it doesn't have to accommodate an antiquated internal combustion drivetrain, designers have more rein with which to sculpt it into the shape they want.

Though it will only launch in 2020, there is apparently already a heavily camouflaged prototype out testing. Autocar says it appears to have a "heavily raked windscreen," a low, short hood for good forward visibility and a long wheelbase — about nine feet — with short overhangs. The distance between the axles, each thought to be fitted with an electric motor, should allow for a spacious interior with, of course, no center hump to impinge on the foot space of back seat passengers. Indeed, there could be more room to groove inside than can even be found in the S class.

The rear of the car is shrouded (literally, in the spy photos) in secrecy. At this point, it's impossible to tell if it will feature a hatch on the back or a traditional trunk, though we suspect the former.  It's probably safe to say there isn't a station wagon hiding beneath the tent-like structure covering the back end.

While we don't really like to throw the term "Tesla-killer" around, it certainly does seem like the German automaker is targeting the game-changing American sedan. No doubt they also have an eye on the Porsche Taycan. While we expect its form will be world class, it remains to be seen how well Mercedes can engineer an EV. While its EQC is fine in most respects, it certainly doesn't leapfrog its competitors. We have higher expectations of the EQS.