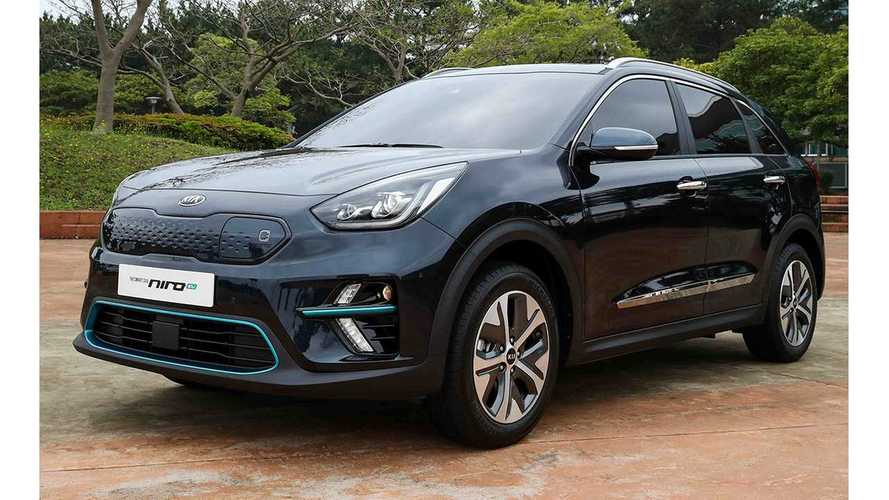 The Kia Niro EV is one of few new all-electric entrants with space, practicality, performance, and outstanding range.

What Car? refers to the new Kia electric crossover as the e-Niro. The publication's focus is on its eco-friendliness and potential to rival the Nissan LEAF and Hyundai Kona Electric. We can only hope that Kia plans to make this SUV in volume, even if that's not the case early on.

Kia Niro EV Gets Range Rating Of Over 300 Miles

What's most impressive about the Niro EV is its official 301-mile WLTP range. Of course, this is number will drop a bit on the EPA cycle, but it's still outstanding in comparison to the competition. Aside from some of Tesla's vehicles, only the Hyundai Kona Electric is proving similar range figures.

Unlike the Kona, the Niro is already out and has been for some time, at least in a traditional hybrid configuration, which was followed by a plug-in hybrid variant. This means there has been a good amount of information available about the crossover. However, details on the all-electric configuration are just starting to come to the forefront. The e-Niro shares its powertrain and battery pack with the Kona Electric: a 201-bhp electric motor and a 61-kWh lithium-ion battery pack.

What Car? tested a Korean-market model, which may vary slightly from the Euro-spec and U.S. model. The publication was shocked by the Niro EV's quickness, drivability, and regen. Interestingly, the reviewer even went so far as to call the vehicle "sports-car-like," but then noted that its handling is not up to par and its ride is bumpy ...

In comparison to the ICE and hybrid Niros, the car is very similar inside, with its standard infotainment screen and "mixed bag" cabin quality. Adults should fit just fine in the Niro EV's rear seats, cargo space is good, and load height is low.

According to What Car?, the e-Niro will arrive in Europe in February of 2019 and carry an estimated price tag of £30,000.