AMG: Project One Probably Faster Than Porsche 919 At The 'Ring 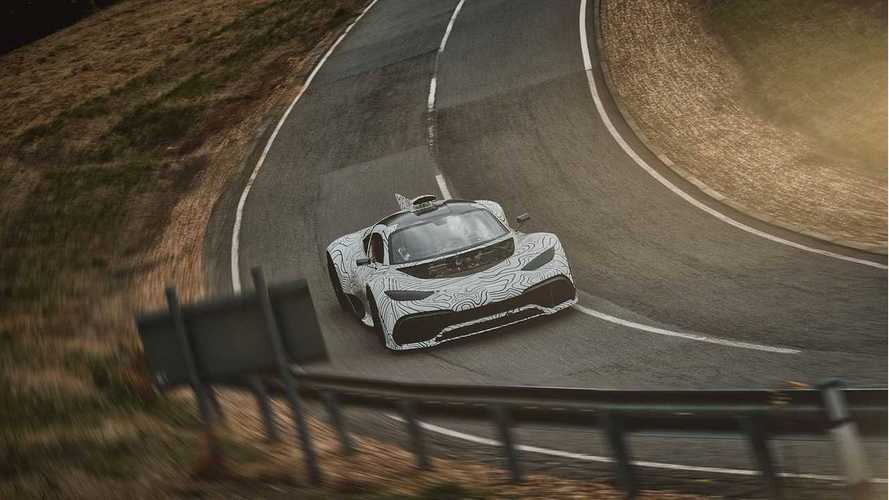 But that doesn't necessarily mean it will go after the lap record.

Here we were thinking the Project One could go after the Lamborghini Aventador SVJ’s Nürburgring record and now Mercedes-AMG suggests the F1-engined hypercar might have what it takes to claim the outright record. There’s a major difference between the lap times of the Jota and the Porsche 919 Hybrid Evo purpose-built race car as the former needed 6 minutes and 44.97 seconds to complete the task while the latter did it in a mere 5 minutes and 19.55 seconds.

Mercedes-AMG Won't Allow Project One Owners To Flip Their Cars

Mercedes-AMG Allegedly Decided Not To Build Project One Roadster

Can a road-legal model like the Project One even think of competing with a track-only beast? Mercedes-AMG through the voice of its boss, Tobias Moers, seems to think so. Speaking with Australian magazine Motoring, the man calling the shots in Affalterbach said their upcoming hypercar could “probably” beat Porsche’s Nürburgring time:

“It would be close, but I think we could. I just don’t know what we’d do it for.”

Moers pointed out the major differences between the Project One and the 919 Hybrid Evo, mentioning Porsche’s track beast does not race anywhere and as such does not have to comply with any rules. On the other hand, AMG’s new performance car has to be fully road legal and that obviously has an impact on the technical specifications. Moers went on to say that although they could tweak the aero and remove some weight to make the hypercar faster around the ‘Ring, they won’t be going down that road.

Revealed about a year ago as a concept at the Frankfurt Motor Show, the Mercedes-AMG Project One has recently advanced to prototype testing at the Millbrook Proving Ground in the U.K. All 275 cars planned for production have already been sold, with customer deliveries to begin sometime next year.

The way things are right now, it seems unlikely AMG will attempt a record-breaking attempt with its hypercar. If by any chance they’ll have a change of heart, expect the car to be the standard production model rather than a custom version modified to shave off seconds from the Nürburgring lap time.