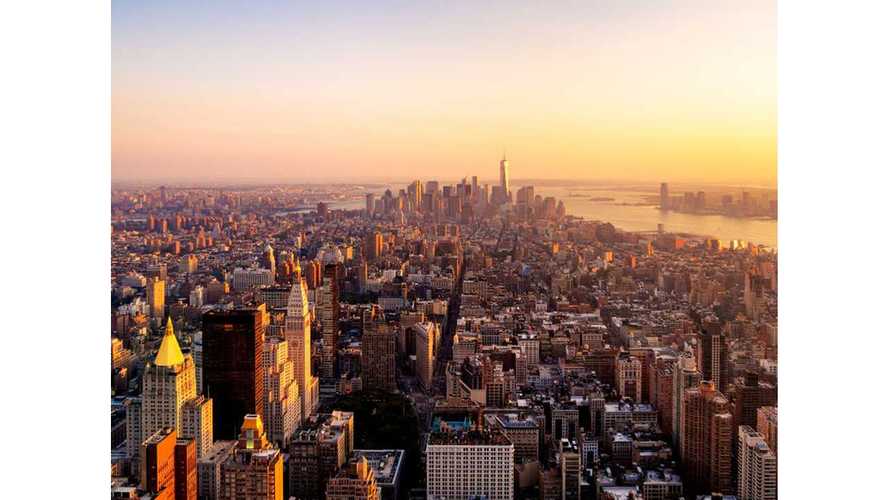 The fallout from Volkswagen dieselgate scandal is still one of the prominent features of the automotive industry in the United States. However, the funds that are coming online thanks to the fines paid by the German car maker, are finding their way to clean transportation projects across the nation. According to an announcement by the New York Governor Andrew M. Cuomo, the state has received a whopping $127.7 million from the 2016 Volkswagen settlement. In turn, this will allow them to significantly increase the number of electric vehicles and other eco-friendly vehicles in the state.

For New York, the improvements will include getting new trucks, buses, locomotives, ferries, tugboats, and cargo handling equipment. Furthermore, the funding will improve the availability of electric vehicle charging equipment statewide.

To ensure proper spending of the funds, acting on Governor’s direction, the state Department of Environmental Conservation (DEC) in concert with the New York State Energy and Research Development Authority, New York Power Authority, state Department of Transportation, the Port Authority of New York and New Jersey, and others, have developed Clean Transportation NY - a blueprint for the state to invest the settlement funding for maximum benefit.

When a federal judge approved the national settlement plan for Volkswagen's installation and use of NOx cheat devices, hitting approximately 580,000 Volkswagen, Audi, and Porsche vehicles back in October 2016, there was little doubt that most of that money will be spent on improving eco-friendly vehicle infrastructure across the nation. Thanks to the support of the Attorney General's Office, New York received $127.7 million as part of this legal settlement. More than 60% of the amount is slated to be spent to accelerate the adoption of electrified transportation. This will be done VIA reducing the cost of electric buses and trucks, but also, the funding is to boost the adoption rates for the electric vehicle charging infrastructure in the state as well.

Furthermore, New York aims to replace or re-power older vehicles and devices. These include older generation school buses, but also, utility trucks and equipment used by various NY public services. These are slated to be replaced with both emission-free modern electric versions or other newer, much lower-emitting technologies that would provide substantially greater emission reductions.

The Clean Transportation NY investments will also include funding for electric vehicle charging points and infrastructure. In turn, this is slated to encourage the growth of all-electric ground support equipment at airports and light-duty, on-road all-electric vehicles throughout the state. We're already seeing cargo ships docking and turning off their engines, utilizing the power grid provided by the ports. With these items, the level of emissions arising from the state's busiest airports could be taken down, resulting in a more hospitable working environment and a more pleasant surrounding for the passengers.

Finally, the plan calls for bolstering the state’s Zero Emissions Vehicle (ZEV) program. The ZEV program calls for vehicle manufacturers to research, develop, and market electric vehicles that will have zero emissions. If proper funding is provided, we could see more car companies venturing into EV production across the state of New York, further curbing the effects of greenhouse gas emissions.