It's going to need all the horses it can borrow.

Last year, the Hyundai Ioniq electric won the "Search for the Ultimate Street Car" in the GTE class. It was a no contest result, literally, as it was the only vehicle in the competition. Regardless, this year it's back to defend its title and it's not going to be a cakewalk.  Again piloted by Matthew Scott, the battery-powered unicorn — try to find one in a showroom, even in California, the only state in which they are sold — is facing competition from the likes of a Chevy Spark EV and, more formidably, a Tesla Model S P100D.

More on the Hyundai Ioniq electric 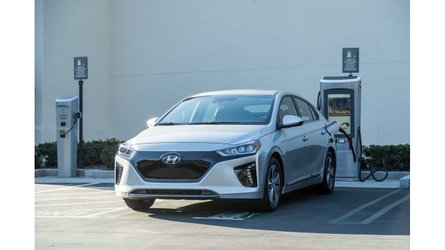 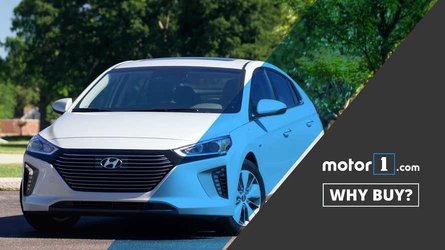 Though it may seem like it's bitten off more than it can chew, this particular example of the Ioniq electric is coming loaded for bear. In place of the stock motor, the team has bolted in a unit borrowed from a Hyundai Kona Electric, giving it a 70-percent increase over stock, at 201 horsepower with 291 pound-feet of torque. Among the other alterations is enhanced battery cooling with higher airflow fans and dedicated air conditioning ducting,  a water-cooled AC condenser for improved battery cooling while pitted and during charging, a specially configured torque map/rate tuning for improved launch and limit driving control, and improved power electronics cooling with upgraded radiator and electric water pumps. Plus, it's got some go-fast stickers, which should help. Right?

Regardless of the outcome, we believe the modifications could go some way to provide engineers with important data for future vehicles, for instance, a rumored high-performance N version of the Ioniq electric. Indeed the racer will be fully instrumented "for video and data analysis." While the brand generally focuses on practical vehicles, it does try to appeal to driving enthusiasts with some of its offerings. Case in point, the automaker is also behind a 2019 Veloster N entry in a separate class.

Check out all the modifications below along with a description of the five different segments of this unique competition. The Ioniq electric is entered into the second-from-last event of the season this weekend in Fontana, CA in hopes of reaching the Invitational to be held in Las Vegas right after the SEMA.

The Competition consists of 5 key segments: Source: Hyundai
By: Domenick Yoney
++
++
Got a tip for us? Email: tips@insideevs.com