Tesla is always inclined to do things differently, and this applies to the motors it uses in its vehicles. Most production EVs use some form of permanent magnet traction motor technology, but Tesla’s Model S and Model X both use induction motors. EV engineers have carried on spirited debates about the merits of each technology, and many have speculated about why Tesla chose induction motors from day one. 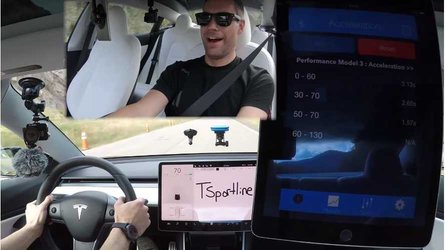 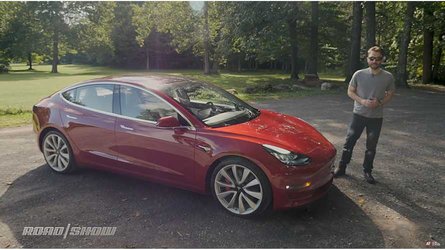 Is The Tesla Model 3 Performance Worth Its High Price Tag?

Christian Ruoff, writing in Charged, tells us that the most likely explanation has to do with historical factors. By many accounts, the reason Tesla started developing an induction motor in the first place is because it inherited the design from AC Propulsion (as described in my history of Tesla). The induction motor used in the Roadster actually had roots going all the way back to GM’s EV1 motor, which was designed by Alan Cocconi. Cocconi based it on existing AC induction motor specs. Tesla initially licensed the design from Cocconi’s company, AC Propulsion. However, Marc Tarpenning later said that Tesla had completely redesigned its induction machine “a year before we were in production…long before we were even into the engineering prototypes.” A lot has changed since those early days in terms of available R&D technology and material costs.

In any case, Tesla’s exclusive use of induction machines has been intriguing to motor experts and EV techies. So, it was particularly interesting in August 2017 when Model 3’s EPA certification application revealed a big change in the powertrain - the document states that Model 3 uses a 3-phase permanent magnet motor.

Tesla rarely offers official comment on technology decisions, so it can be hard to discern the exact engineering thought process. However, when Christian moderated a keynote panel discussion of EV tech experts at the Coil Winding, Insulation & Electrical Manufacturing Exhibition (CWIEME) in Chicago, the panel included Konstantinos Laskaris, Tesla’s Chief Motor Designer, so the Charged publisher had the chance to pry a few more details from the world-class motor engineer.

As usual when interviewing engineers from major automakers, Laskaris wasn’t at liberty to tell us all about the specific quantitative analysis that led to choosing a permanent magnet motor. However, he did offer some interesting insights into the engineering processes the company employed in the analysis.

“Quantitatively, the difference is what drives the future of the machine, and it’s a tradeoff between motor cost, range and battery cost that is determining which technology will be used in the future.”

Laskaris later added, “When you have a range target , you can achieve it with battery size and with efficiency, so it’s in combination. When your equilibrium of cost changes, then it directly affects your motor design, so you justify efficiency in a more expensive battery. Your optimization is going to converge on a different motor, maybe a different motor technology. And that’s very interesting.”

If you combine these comments with those made by Laskaris during a 2016 on-stage interview at the CWIEME event in Berlin, you begin to see a clearer picture of the sophisticated process Tesla uses to evaluate different motor designs and optimize them for the specific desired parameters of each vehicle.

“Understanding exactly what you want a motor to do is the number-one thing for optimizing,” said Laskaris. “You need to know the exact constraints - precisely what you’re optimizing for. Once you know that, you can use advanced computer models to evaluate everything with the same objectives. This gives you a panoramic view of how each motor technology will perform. Then you go and pick the best.

“With vehicle design, in general, there is always a blending of desires and limitations. These parameters are related to performance, energy consumption, body design, quality, and costs. All of these metrics are competing with each other in a way. Ideally, you want them to coexist, but given cost constraints, there need to be some compromises. The electric car has additional challenges in that battery energy utilization is a very important consideration.

“This is the beauty of optimization. You can pick among all the options to get the best motor for the constraints. If we model everything properly, you can find the motor with the high-performance 0-60 constraint and the best possible highway efficiency.”

Written by: Charles Morris; This article originally appeared in Charged.