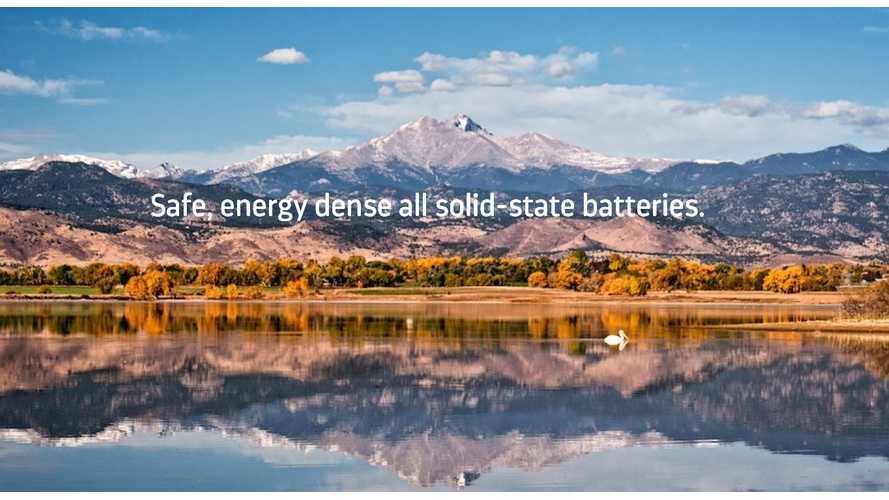 Established in 2012, Solid Power from Louisville, Colorado that develops all-solid-state batteries (ASSB) has closed $20 million in a Series A investment round.

The company believes that its cells will be safer, more energy dense and cost competitive. Several well-known names in the industry seem to share this belief and participated in the financing: Hyundai CRADLE, Samsung Venture Investment Corp., Sanoh Industrial Co., Solvay Ventures, and A123 Systems. Earlier this year, Solid Power also partnered with A123 Systems and BMW.

By the end of this year, Solid Power intends to construct and install a multi-MWh roll-to-roll facility for preliminary qualification of the company's solid-state cells for multiple markets including automotive, aerospace and defense. Production is scheduled to begin in 2019.

Currently, Solid Power doesn't talk much about the specifications of its batteries.

"ASSB have generated substantial interest for mobile power applications due to their ability to provide greater run-time per charge and excellent overall product reliability and safety. The automotive industry, in its pursuit of vehicle electrification, is particularly interested in ASSB to boost vehicle range, while using an overall safer and simpler energy storage system as compared to current state of the art lithium-ion batteries.

Solid Power's Series A investment will allow the company to scale-up production via a multi-MWh roll-to-roll facility, which will be fully constructed and installed by the end of 2018 and fully operational in 2019. This production capacity will be utilized for preliminary qualification of the company's solid-state cells for multiple markets including automotive, aerospace and defense. The company's ultimate objective is to displace lithium-ion as the battery of choice for high performance, mobile power applications.

The advantages of Solid Power's solid-state batteries are numerous and include:

"We are at the center of the 'electrification of everything' with ASSB technology emerging as the clear leader in 'post lithium-ion' technologies. Solid-state batteries are a game changer for EV, electronics, defense, and medical device markets, and Solid Power's technology is poised to revolutionize the industry with a competitive product paying special attention to safety, performance, and cost."