Chevy Bolt sales are significantly higher than the Volt internationally.

This summer, we have noted that Bolt EV inventories and sales in the US have been low as the automaker has put greater focus on exports. South Korea has been the biggest beneficiary of this. After a solid performance in late March + April selling over 500 units, the Bolt EV jumped to the top of the Korean EV charts for May with 1,014 sold. Following this success, we were astonished to see the Bolt EV hit an impressive 1,621 deliveries in June followed by a solid July of 872 deliveries. 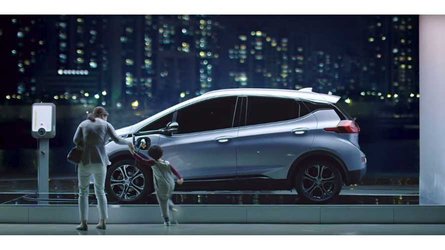 Year-to-date totals have now reached 4,625 units through August. This is a 1,079% increase from the same period in 2017. The Bolt EV is the 4th bestselling domestic GM Korea model for the year overall among all categories. In less than 5 months, South Koreans have taken home more of the electric hatchbacks than Canada and Europe combined. While South Korea does not have a ZEV mandate, they are taking a carrot approach to EV adoption. Regional subsidies for electric vehicles can exceed $23,000.

We don't expect Korean numbers to continue at this pace for the entire year, however. Roughly 5,000 Bolt EVs are expected to be sold in South Korea in 2018. That number is now fast approaching and deliveries to Korea are slowing as we expected.

In the coming months, production will likely focus on the United States. However, a planned production increase later this year should provide the Bolt-hungry Korean market with more inventory.

As far as overall international sales are concerned, current year-to-date totals are as follows:

The biggest seller abroad for General Motors is the Baojun E100, followed by the Chevy Bolt EV. Baojun (jointly owned by General Motors (GM) and SAIC Motor) recently expanded availability of the tiny EV. GM has also announced that the E200 will be launched this month and will eventually replace the E100 on the market.

This brings international plug-in totals to 23,782 units. Once final August numbers are in, the total will exceed 24,000. We do not have sales figures for the Cadillac CT6 Plug-in for China.

In comparison, an estimated 21,372 GM plug-ins have been sold in the U.S. between January and August. Historically, U.S. GM plug-in sales have significantly out-performed their international sales. Strong demand for the Baojun E100 and Chevy Bolt has changed this, with the automaker finding more success around the globe with their plug-ins.