How does it feel to drive a Jaguar?

This is what Jaguar asks at the opening of its new video about its Art of Performance Tour. While the tour is nothing new, you better believe that the answer to that question will be drastically different now that the all-electric I-Pace has come to market. We've driven an ICE Jaguar before, and while it was a delightful experience in comparison to many other gas-powered cars, once we drove the all-new I-Pace, we were more than floored. 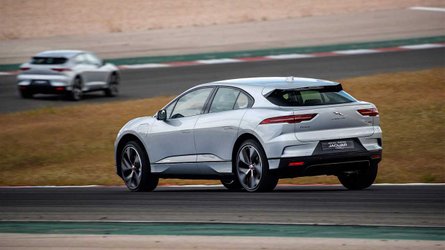 Jaguar Land Rover heads out on this tour every year, traversing Canada to show off its vehicle lineup. The free event serves as a test drive that ups the ante, as it gives people an opportunity to prove their driving skills on a unique course. Attendees get to drive the cars through a tough circuit to get a good idea of the prowess of the automaker's entire lineup. This year, the I-Pace joins the list of test vehicles, taking the event to a whole new level.

For many people, this may be the first time they get to experience an all-electric vehicle. Moreover, even if they've taken a quick test drive in a Nissan LEAF, Chevrolet Bolt EV, or any Tesla vehicle, it's highly likely that they haven't had the opportunity to get one out on the track. While Jaguar may not have grand plans to produce a ton of copies of its new I-Pace initially, the automaker sure is working to get the good word out. Keep in mind that Tesla didn't push out high numbers of its vehicles early on either.

The tour will hit Halifax and Montreal soon. Then, in October, it will proceed to Quebec City, Ottawa, Toronto, Winnipeg, Edmonton, Kelowna, and Vancouver.

THE ART OF PERFORMANCE TOUR

The thrills start as soon as you get behind the wheel of a Jaguar vehicle as our Digital Smart Cones guide you around what may be the world's toughest driving circuit. You'll also get up close with the entire Jaguar line-up, including the new all-electric I-PACE performance SUV.

GET BEHIND THE WHEEL

The Art of Performance Tour is so much more than a simple test drive. It’s your chance to experience the excitement and thrill of a performance vehicle. To feel your heart race and adrenaline surge at the impressive acceleration and handling dynamics. To discover what happens when both vehicle and driver are pushed to the very limit. Are you ready?

15 Photos
By: Steven Loveday
++
Got a tip for us? Email: tips@insideevs.com