The Other Cars Of Elon Musk: Not All Are Teslas

He may be shouting about the future of electric cars, but Tesla founder Elon Musk also enjoys ownership of some internal combustion classics

Tesla founder and CEO Elon Musk often dominates the headlines with his automotive vision, hell-bent on dragging the automotive industry into an all-electric future. His well-publicised mission to upgrade humanity through various technological advancements often borders on science-fiction, but less is known about his love of traditional machinery. 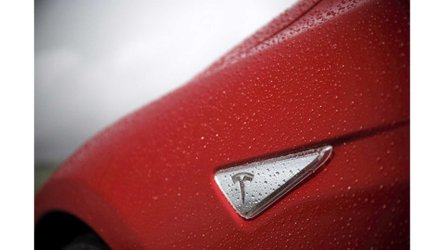 For starters, Musk owns a 1967 Jaguar E-type Series I roadster, globally worshipped as one of the most beautiful cars ever made. The model Musk owns enjoys a notorious reputation for breaking down, but he has held on to the Jaguar since purchasing the vehicle early into his entrepreneurial career.

Despite his current line of work, Musk has not converted the E-type into his trademark electrical specification, unlike Jaguar Land Rover’s own Classic division, which has based its electric creation on the transitional Series 1½.

Elon Musk and the Ford Model-T

Last year, Musk admitted to owning a Ford Model-T, first produced in 1908 and responsible for Ford's legacy as one of the most recognizable automotive manufacturers on the planet. Musk's Model-T was gifted to him by a friend. In a recent viral internet podcast Musk stated that Ford and Tesla are the only two American car companies not to have gone bankrupt. A bold claim.

The Model-T, not only the first to boast mass production through the pioneering of specialized labor on an assembly line, made fossil-fueled transport widely affordable for the masses. Tesla hopes to do the same for electric-powered mobility.

Previous members of the Musk garage have included a 1978 BMW 320i and McLaren F1, both of which left the hands of the America-based South African in a less than perfect state.

The 320i became a favorite of Musk’s, for which he paid $1400 for in 1994. He maintained the BMW himself. After two years of careful ownership, it was borrowed by an intern at one of his offices, at which point one of the wheels fell off. The car was scrapped shortly afterward.

Musk’s financial status boomed when he co-founded PayPal at the turn of the century. He purchased a McLaren F1 and made the schoolboy error of trying to demonstrate the car’s capabilities in less-than-perfect conditions. He crashed the car in California’s Silicon Valley, the spiritual home of the technological startup, and the monster incident wrecked the car completely. To make matters worse, it was uninsured.

He’s not the first celebrity owner of an F1 to have lost control of their vehicle, however, with Mr Bean and Blackadder leading man, Rowan Atkinson, also famously doing so near Peterborough, England.

Musk's McLaren had covered 11,000 miles up to that point, most of them probably in traffic, as Musk used it as his everyday transport. After a complete restoration, it was sold to a new owner in California. Footage of Musk’s reaction when the car was originally delivered to his house can be viewed above. Since then Musk has kept a fondness of the F1, and has previously compared Tesla performance figures to that of the ultimate 1990s supercar.

Five years ago Musk bought the Lotus Esprit from the 1977 James Bond movie ‘The Spy Who Loved Me’, which spent some of the film as a functional submarine. The car was nothing more than prop submarine, to Musk’s disappointment, and he planned to use a waterproof Tesla electric powertrain to turn the car into a fully transformable submarine. Little has been heard on the matter since.