Over the course of the last twelve months, Tesla has been hard at work at helping Samoa - a small Pacific island nation - transition from diesel-powered powerplants currently powering the nation, to 100% renewable energy. This is mostly done thanks to the revolutionary scalable Powerpack battery storage solution. The solution helps the small island nation, not just an option to capture all the abundant renewable energy, but also, to bring improved grid stability to its local utilities.

The newly installed Tesla Powerpack installations at the Fiaga Power Station and the Faleolo International Airport afford the local power grid system with 13.6 MWh of energy storage. This allows Samoa to integrate it with their current solar, wind and hydropower farms, in turn, allowing the energy produced in various parts of the day - eg. during the hours where the sun emits the most energy - to be stored and used in periods of the day where energy production is lower, but consumption is higher - eg. night time. This gives the small island country full real-time control over their grid stability, reliability, and security.

More About The Tesla Powerpack 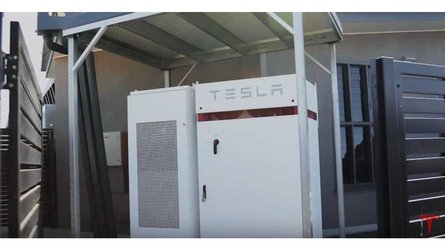 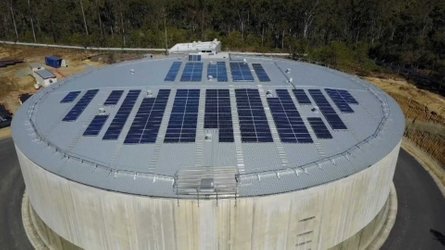 This aspect of the energy storage solution was best emphasized by Samoa Prime Minister Tuilaepa Sa’ilele Malielegaoi, who, in an interview for the Samoan Observer, noted how the usage of Tesla's Powerpack systems helped the country achieve additional stability within their power grid system.

“Without the new battery energy storage systems and microgrid controller, the system will not be able to operate efficiently with such a high percentage of solar penetration in Samoa of 55%. Since the batteries have been running on trial tests, the quality (voltage and frequency) of the electricity supply has been very steady and not fluctuating as before,” he said.

The ultimate goal for Samoa is to sustain 100% renewable energy production by 2025. In turn, over the course of the last few years, the nation has been surpassing their goals in renewable energy production and have ultimately achieved a production rate of 48% for their electricity generation through renewable sources. This was achieved in the period from July 2017 to June 2018 alone. In the end, this wouldn't be possible without Tesla, and Tuilaepa expressed his thanks to the U.S based company who was awarded the project back in 2017 - alongside other companies that are taking part in making Samoa 100% sustainable in the following years.

While the ecological aspect is the most important one in Samoa's case, the country will also save millions of dollars every year due to lessened oil imports. The country imports millions of liters of oil every year and has imported a staggering 95 million liters (25 million gallons) of diesel to support its energy grid in 2012, mostly due to it's hydropower production plants being decimated by the Cyclone Evan, which almost brought the entire country to its knees.

With a transition to renewables, Samoa could spend that money on education, transportation, and improvements of their other infrastructure, further improving the life quality of its citizens. And hopefully, we'll get to see those beautiful Samoan beaches in the same state for years to come.