This Company Plans To Slow Down EV Uptake And Battle Tesla

Big Oil isn't ready to cede the automotive market to companies like Tesla. After all, vehicle electrification poses a potential threat to their business. Just how serious is that threat? Wood Mackenzie, one of the world’s most influential oil consultancies, forecasts (via Financial Times) that oil demand will peak within 20 years due to a "tectonic" shift in the transport sector as electric vehicles gain traction. 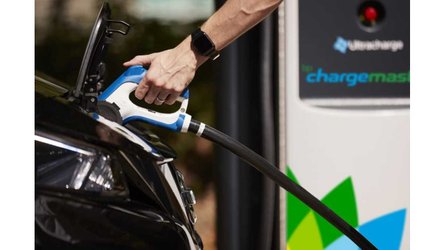 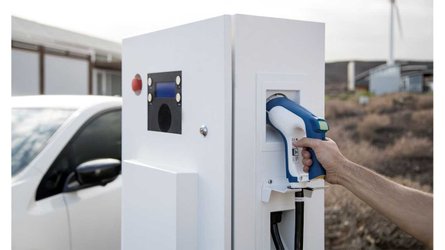 Above: A Tesla parked in front of oil wells (Image: Tesla Owner)

Some oil companies, like Shell and BP, have started to pivot in order to address these changes. They've begun to embrace an "energy transition" and, in some cases, even bet on electric vehicle charging. However, the Financial Times notes that others, like Saudi Aramco, have grown "more hesitant... have pushed back against the idea that demand for their primary products could stop growing."

Furthermore, according to the Wall Street Journal, Saudi Aramco is "trying to protect its market share by slowing a potential exodus to electric vehicles." How? It's reported that "the world’s largest oil company has 30 engineers working away in  Detroit suburb on a project that sounds counterintuitive: an engine that burns less oil."

Above: At this year's Detroit Auto Show, CNET reported on a prototype Achates engine that Aramco plans to test in a fleet of its vehicles (Youtube: Roadshow)

It turns out that Saudi Aramco is working to "build better combustion engines as electric cars threaten market share of vehicles running on gas diesel." To that end, "David Cleary, head of Saudi Aramco’s Detroit Research Center, said the company’s goal with its research is to preserve the market for fuel."

Mr. Cleary says, "We are trying to get technology into production, and we want to be very fast." In response to Saudi Aramco's efforts, oil economist Phil Verleger notes, "If they can make engines more efficient, they can slow the loss of market share."

Above: A look at the internal combustion engine (Image: Wikipedia Commons)

“Why is this the right thing to do?” asked Mr. Cleary rhetorically. “We are going to be using internal combustion engines. Let’s make them better.”