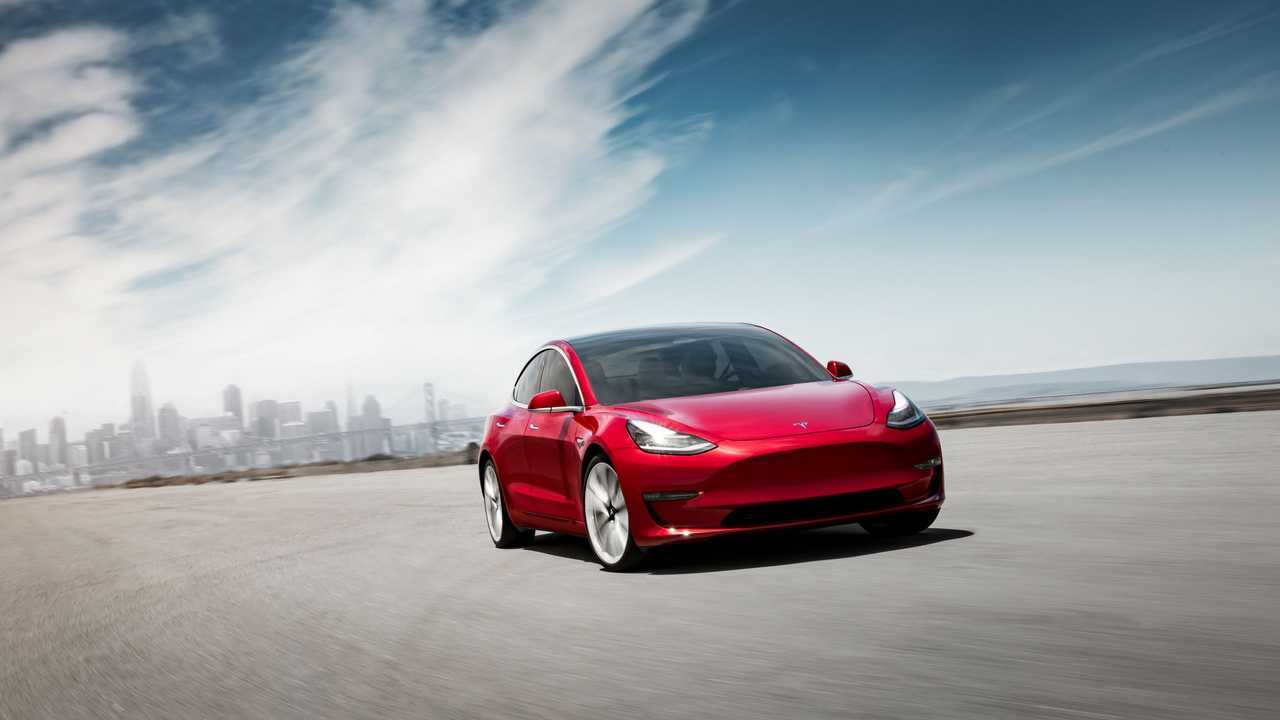 Here’s a news flash for all the amateur stock pundits out there: starting a company to produce a completely new product is risky. Elon Musk has known all along that Tesla (and SpaceX and SolarCity) could fail, but there’s no safe way to remake the world’s transportation system (as the legacy automakers are learning, those who play it safe get left in the dust). Musk’s master plan had three stages, and at each of those stages, he literally had to “bet the company.” If the Roadster, Model S or Model 3 had been a failure, the entire undertaking might have gone down the drain.

In each case, however, thanks to the hard work of thousands (not just Musk) and a tremendous slice of luck, Tesla prevailed. Model 3 production is ramping up, the new owners are loving their cars, and no one living in the real world thinks the company is still anywhere near the drain (some of us don’t believe it ever really was, but that’s another article).

As for Mr. Musk, he’s heaving huge sighs of relief. The third and hopefully final existential crisis is over. “I believe Model 3 is the last bet-the-company situation,” he told Bloomberg in a recent interview. “We will still need to work hard and be vigilant and not be complacent because it is very difficult just to survive as a car company. But it will not be the same level of strain as getting to volume production of Model 3.”

Bloomberg, which has always been one of Tesla’s favored media outlets, has published a meaty article about the current state of the Model 3 ramp-up. Production hell may not be over just yet, but it seems to be winding down. “I feel like we have got like one foot in hell,” says Musk. Deliverance from the inferno will be “basically 5,000 without requiring a lot of effort. It’s still quite painful to produce 5,000 a week. But I think in a month, it will not be. It used to be hell to make 2,000 S’s and X’s in a week, and now it’s normal. In three months, I think 5,000 will feel normal.”

Of course, Tesla and Elon have been through hell twice before. “There have been three situations where it was necessary to bet the company,” Musk explains. “The creation of the Roadster - obviously, we’re a brand-new company, it’s our only product. From the Model S, we went from like 600 cars a year to 20,000 cars a year and a much more sophisticated car. Obviously, that was a bet-the-company situation. Model X was painful but not a bet-the-company situation.”

Above: Tesla continues to refine its production at the Fremont factory (Image: Tesla)

“Model 3, even to basically be healthy for the Model 3 system, it’s 5,000 cars a week. So it’s a half order of magnitude increase relative to the S or the X. That is necessarily a bet-the-company decision. You cannot have that much of a step change for a manufacturing company without this being a bet-the-company decision. But I do not see us doing another thing where we go five times bigger. Once we break through to mass market cars, where mass market is on the order of a quarter million vehicles per year, I cannot see us doing a 1.2 million-vehicle program of one particular model.”

The last week before reaching a production level of 5,000 cars per week, Musk and his team descended to the lowest circle of production hell. “I spent almost the entire time in the factory the final week, and yeah, it was essentially three months with a tiny break of like one day that I wasn’t there. I was wearing the same clothes for five days. Yeah, it was really intense. And everybody else was really intense, too.”

Yes, Tesla has its share of disgruntled employees, and yes, the company dispenses free Red Bull (a shocking revelation!), but Tesla couldn’t have accomplished what it has without a huge number of totally dedicated team members. “I think there was quite a good esprit de corps,” says Musk. “People were pretty fired up. You can see it in the pictures that people posted. You can tell from looking at people’s faces. But everybody was super gung ho to make the number and to make sure that they could do it.”

Why the last-minute scramble? Why was it so important to meet a self-imposed (or media-imposed) deadline? “I think we had to prove that we could make 5,000 cars in a week,” says Musk. “5,000 Model 3s and at the same time make 2,000 S and X’s, so essentially show that we could make 7,000 cars. We had to prove ourselves. The number of people who thought we would actually make it is very tiny, like vanishingly small. There was suddenly the credibility of the company, my credibility, you know, the credibility of the whole team.”

Musk readily acknowledges his gratitude to Tesla’s 40,000 employees. “I care very deeply about the people at Tesla. I feel like I have a great debt to the people of Tesla who are making the company successful. OK? The reason I sleep on the floor was not because I couldn’t go across the road and be at the hotel. It was because I wanted my circumstance to be worse than anyone else at the company on purpose. Like whatever pain they felt, I wanted mine to be worse. That’s why I did it. And it makes a huge difference to people...The reason people in the paint shop were working their ass off is because I was in the paint oven with them.”

The relief is palpable now, but make no mistake, the strain has been enormous - and some fear that it’s gotten under the Iron Man’s armor, causing him to lash out at his critics in counterproductive ways. What Bloomberg calls “Musk’s stress-fueled Twitter barrage” peaked in June, as he was going through what he described as the most excruciating time of his life. “It’s been super-hard,” he says. “Like there is for sure some permanent mental scar tissue here.”