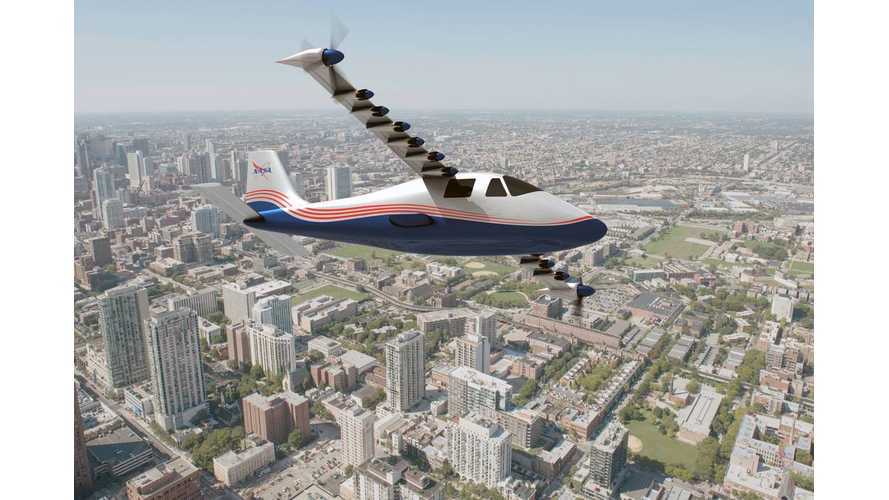 Shown some two years ago, an experimental all-electric airplane X-57 Maxwell, is being presented at the AirVenture Oshkosh 2018 at Wittman Regional Airport in Oshkosh, Wisconsin (July 23-29).

Due to the electric powertrain and 14 individual propellers, efficiency of the X-57 is 500% higher than conventional aircraft.

Only time will tell whether the research plane will open the way for a commercial model in the future. A lot depends on batteries - their energy density and costs.

"With 14 electric motors turning propellers and all of them integrated into a uniquely-designed wing, NASA will test new propulsion technology using an experimental airplane now designated the X-57 and nicknamed “Maxwell.” This artist's concept of the X-57 shows the plane's specially designed wing and 14 electric motors. NASA Aeronautics researchers will use the Maxwell to demonstrate that electric propulsion can make planes quieter, more efficient and more environmentally friendly.

“With the return of piloted X-planes to NASA’s research capabilities – which is a key part of our 10-year-long New Aviation Horizons initiative – the general aviation-sized X-57 will take the first step in opening a new era of aviation,” said NASA Administrator Charles Bolden, during his keynote speech Friday in Washington at the American Institute of Aeronautics and Astronautics (AIAA) annual Aviation and Aeronautics Forum and Exposition.

NASA’s aeronautical innovators hope to validate the idea that distributing electric power across a number of motors integrated with an aircraft in this way will result in a five-time reduction in the energy required for a private plane to cruise at 175 mph.

Several other benefits would result as well. “Maxwell” will be powered only by batteries, eliminating carbon emissions and demonstrating how demand would shrink for lead-based aviation fuel still in use by general aviation.

Energy efficiency at cruise altitude using X-57 technology could benefit travelers by reducing flight times, fuel usage, as well as reducing overall operational costs for small aircraft by as much as 40 percent. Typically, to get the best fuel efficiency an airplane has to fly slower than it is able. Electric propulsion essentially eliminates the penalty for cruising at higher speeds.