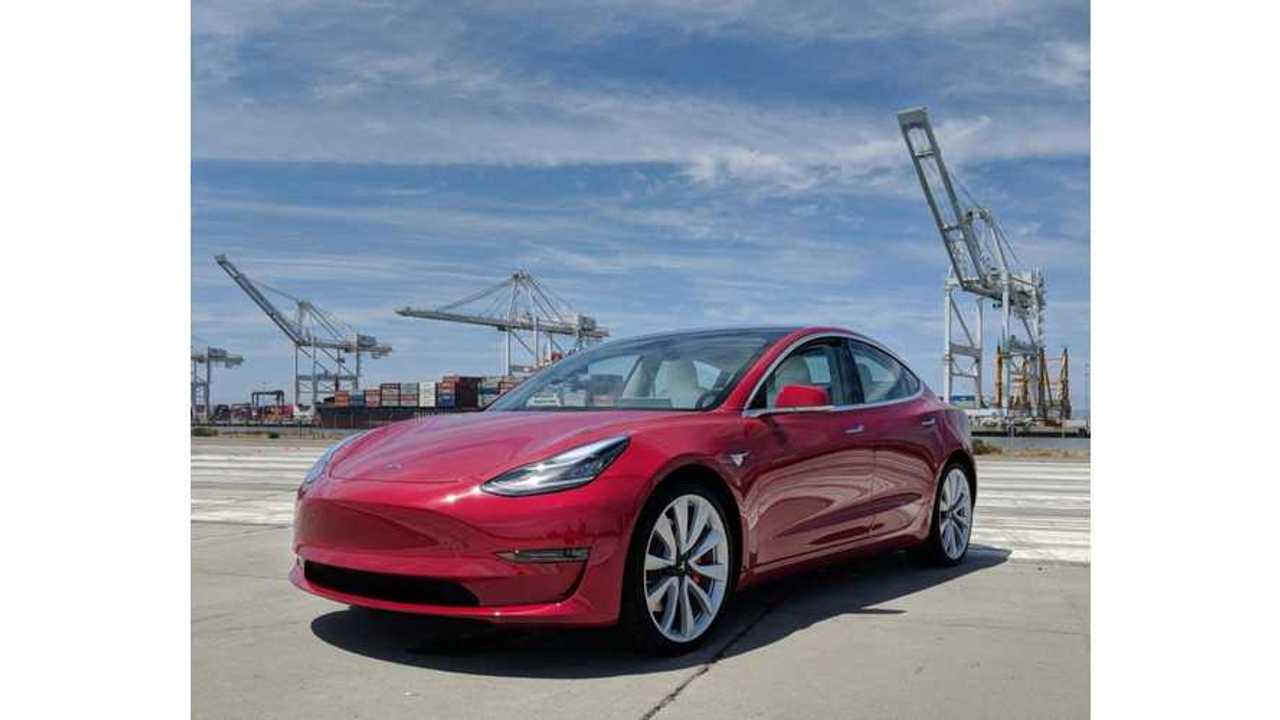 Marques Brownlee is not a race car driver. He's best known for the tech/gadget videos he shares on YouTube. Yet, here he is in the Tesla Model 3 Performance whipping through cones, doing power slides, and making mayhem on an impromptu track, set up on an airstrip with a hazy San Francisco serving as backdrop. This kind of slippery sideways action hasn't been easily obtainable in Tesla cars the past, but then again, none of those had a "track" mode.

While the Model S is still the brand's top-end sedan, it is not, as we've said many times, engineered for the track. Sure, it handles turns at speed quite well, but its electronic nannies don't allow drivers the full freedom offered in traditional sports cars. It also, famously, doesn't handle the levels of heat generated when pushed to its limits for more than a few miles. The new Model 3 appears to redeem the brand of these sins, even if doesn't quite match the sheer acceleration of its baddest big brother.

In this fresh clip, created to show off the new IGTV vertical video app as well as Tesla's latest soon-to-be-shipped offering, Brownlee remarks on the nimbleness of the Model 3, echoing the thoughts of its first official review from the Wall Street Journal. But really, it's this "track" mode we want to know more about. According to Brownlee, it hasn't been officially dubbed yet — please share your family-friendly suggestions in the comments — but it seems to allow for the turning off of traction and stability control. We imagine the actual implementation is a bit more sophisticated than that, though.

We have both the main 1-minute, 27-second vertical video waiting below, along with a brief teaser clip. We also have the exact language that appears on the Model 3's screen when switching to track mode below the footage, if you want to read exactly what it says without having to pause the video at the perfect moment. Enjoy!

Select Track Mode to enable Tesla's performance-oriented stability control and powertrain settings configured for track driving. This mode is designed to be used exclusively on closed courses. For the best experience, only progress to track mode once familiar with the track.