Despite increasing negativity about Tesla Energy, business is growing at an alarming rate.

While much focus has been on Tesla Model 3 production, continued scrutiny over CEO Elon Musk's tweets and personal life, and Tesla stock overall,  Tesla's newfound energy presence is succeeding nicely, according to a recent article published by San Francisco Chronicle (SFC). 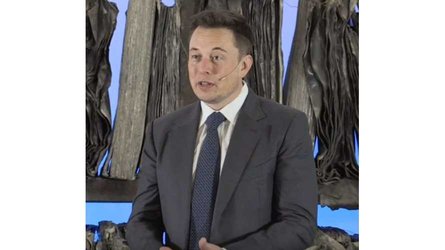 Elon Musk On Why Buying Solar City Is A Good Idea, Tesla Potentially Worth A Trillion 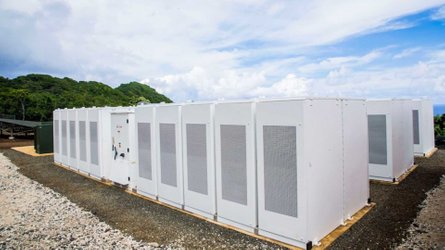 It's truly crazy to hear it, but Tesla Energy battery deployment has increased by a whopping 450 percent in 2018, thus far. SFC shares:

Tesla has now installed enough batteries worldwide — from Australia to Vermont — to store 1 gigawatt hour of electricity, roughly the output of one commercial nuclear reactor running for one hour. The company expects to double that amount in the next nine to 12 months.

This is not to say that times haven't been troubled for Tesla Energy. Sure, like those waiting for Tesla vehicles, homeowners have complained about delays and service. We're talking about a rather new and small company here taking on as much or more than it can initially handle and trying its best to make ends meet. This is partly due to the lack of viable competition in the space and also because battery development is difficult and scarce. Keep in mind that Tesla seems to be doing everything it can to attempt to keep up. One person that ordered nearly two years ago told SFC:

The sad truth is, we all give our $500 to Tesla for more than a year (some are closing to 2 years), and we are not incurring any interest that we ‘loan’ to Tesla! The more I look at it, the more I hated Tesla.

The truth of the matter is that Tesla is only one company, and with the onslaught of negativity from the press surrounding Model 3 production, which invariably impacts stock success (we're surely not surprised that CEO Musk had hoped to take Tesla private) and means priority needs to be focused on getting battery packs completed for these cars. While many people have ordered Tesla Energy products, this number pales in comparison to the ~450k that put a deposit down on the Tesla Model 3. Musk said in a July conference call:

At least Tesla's website is making people aware that they may not get the product prior to late 2018. This pushback of product delivery has become a recurring theme at Tesla, but surely not without situational explanation. While it would be fantastic if buyers could go elsewhere for performance-oriented, long-range electric family-friendly vehicles, as well as home energy batteries, there are just not that many options. Tesla's CTO J.B. Straubel explained:

The residential market is going crazy, and the demand is more than we can keep up with right now. We’re scaling production as fast as we can, and still there are delays.

Is this Tesla's fault? Not at all. We are seeing that more and more people want this innovative tech and have nowhere to turn to, aside from the Silicon Valley tech company. While there may be other companies out there that are beginning to offer the technology, it's just not at the same level.

Meanwhile, people that have been fortunate to take delivery are enamored with their newfound situation. Stanford University Professor Mark Jacobson uses two Powerwalls. He says:

According to SFC, Tesla doesn't disclose how much it benefits financially from its batteries. However, the publication estimates that:

The potential market is huge. A study from GTM Research estimates that sales of energy storage products in the United States — including the residential and utility markets — will hit $541 million this year, pass $1 billion in 2019 and reach $4.6 billion in 2023.

In the end, while some people believe that Telsa has temporarily called it quits with regards to Powerwalls, that is surely not the case. Straubel assures that despite the necessary slowing:

We are definitely still building Powerwalls and deploying them.