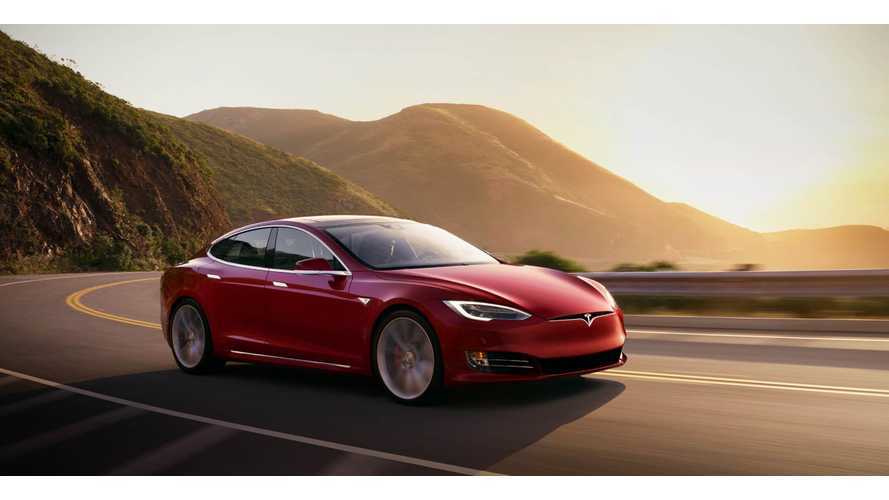 Electric vehicles aren’t just for young Silicon Valley hipsters. The latest to join the ranks of EV pioneers is septuagenarian retired farmer Sylvia Wilson, who recently drove a Tesla Model S all the way around the Australian coast - a trip of 20,396 km that consumed a mere $150.90 worth of electricity.

Sylvia and her late husband were interested in EVs and green tech, and one fateful evening they took the plunge and bought a Model S 75. “It all started one night when I was catching up on the latest Tesla news,” the 70-year-old trendsetter told writer Emma Sutcliffe of TheDriven. “My husband was alive then and was interested in the technology and everything that was going on with electric cars. I was at my little desk and he sat down beside me and by the time we went to bed, we’d bought the car. We just paid the deposit over the internet and 3 months later it turned up at the back door on the back of a truck. Easy!”

Sylvia’s husband had Parkinson’s disease, so, unfortunately, he never got to drive “Bluey,” as the couple named their much-loved Tesla. “Most men name their cars after women, but mine is Bluey,” said Sylvia. “It’s due to his colour of course, but also because Blue cattle dogs are strong, don’t let you down and stick by you…sounds kind of silly but this is what we wanted from the car.”

After Sylvia’s husband passed away last year, she began planning a long road trip. “At Christmas, I said to the kids, ‘I’m going to travel around Australia in Bluey, who wants to come?’ and all these hands shot up!” Various family members and friends flew in and out to join Sylvia for portions of her odyssey.

Taking a road trip in an EV requires some planning, of course. “I spent most of January and February under the air conditioning planning the trip,” said Sylvia. “It took weeks - I’d never been to most of the places before, and I had to calculate what the car could do and work out where I could charge up using the PlugShare app, which was invaluable. A man called Richard McNeall had done the same drive in the opposite direction in August 2016 and he was a terrific help to me in the planning phase. We spoke on the phone and he helped me get the right adaptors and leads to take with me.”

Sylvia set a leisurely pace, stopping to enjoy the sights and keeping the battery topped up to avoid getting stuck in some lonely spot. “I wanted to prove with my trip that anybody can do it. I’m not technical, but if I can do it, anybody can do it. You don’t have to be a mechanic or an electrician or whatever.”

Peoples’ reactions to the elderly lady in the electric car were interesting. “A comment I often got was, ‘oh, you must be carrying a generator.’  And of course I wasn’t. But lots of people were passionate about electric vehicles, in fact I was surprised how many were. The further northwest I got people were amazed that I was able to do it, interested in how far I’d come, incredulous that I even tried it and travelled between charge points. Many people thought you’ve got to have special infrastructure or Tesla Superchargers or some fancy thing like a service station down the road, but you don’t. If the lights are on, you can charge, can’t you?”

“All my planning paid off, and besides a flat tyre in Canberra it all worked perfectly well.”

Sylvia may be 70, but she thinks of herself as part of “the electric vehicle pioneer generation,” and her trip may just have set a record. “Richard McNeall was the first to drive a Tesla around Australia, and I think I’m the first woman. Another man, Jeff Johnson, has done it in a Nissan LEAF while carrying a generator, and there are at least 6 or 7 people who have crossed the Nullarbor now. Others have travelled out to remote places like Marble Bar and Mount Tom Price. We’re all pushing the envelope and I think the more these trips are done and people start to see it, the more the electric vehicle industry will develop.”

Now that she’s completed her historic trip, Sylvia has gotten involved in publicizing EVs in Australia. “My husband and I came up with the clumsiest Facebook page name ever - it’s called the Central Queensland Tesla Interest page. We were sitting on the veranda having morning tea, about a week after we got Bluey, and he said, ‘we’ve got to come up with a way to tell people about these cars.’”

Above: Sylvia happily charging Bluey at 17kph on a 15Amp caravan socket at Kakadu Lodge & Caravan Park while enjoying a celebratory glass of wine at the Lodge’s bistro (Facebook: Central Queensland Tesla Interest)

The page offers a lively stream of the latest Tesla-related topics, and it has earned quite a following, with nearly 5,000 likes. “We didn’t have anything much to tell except that we liked the car, so I just started sharing the stories of other people I followed and we would have our cup of tea on the veranda and we would talk about the latest stories as they came up.”