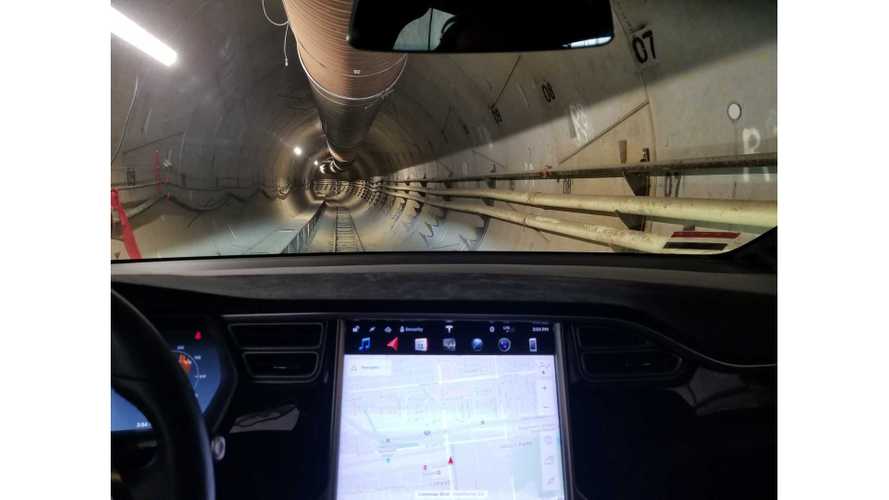 Were you ever curious what The Boring Company machine looks like in action?

It's not always very easy to report on Boring Company news. There's often not that much information and it's not a plug-in, although it's related to electric cars since it's related to Tesla and Elon Musk, and since the boring machines may eventually be electric. Nonetheless, there's still a regular spattering of interesting news to share about this innovative company. The concept changes on a regular basis, so we try to keep tabs on what's happening.

In a recent tweet, Musk mentioned the effort and referred to it as an "underground volcano lair." Perhaps he's spending some of his time with a sleeping bag and pillow overseeing production efforts in his man cave? At any rate, the tweet seemingly came out of nowhere and could only have been a reference to the boring tunnel. Musk tweeted:

Not easy coming up with a good cover story for an underground volcano lair, but I think it’s working

Sifting through some earlier tweets from The Boring Company's Twitter page, we found a video that had been posted just a few hours prior. It shows a close-up view of one of the boring machines, and it's being operated with an Xbox controller.

It's neat to see the machine in action, but it's more intriguing to wonder what (if any) application there may be here. Further, with Musk's above tweet, plus this video -- neither of which reveal much of anything very specific -- what will the next big Boring Company announcement be?