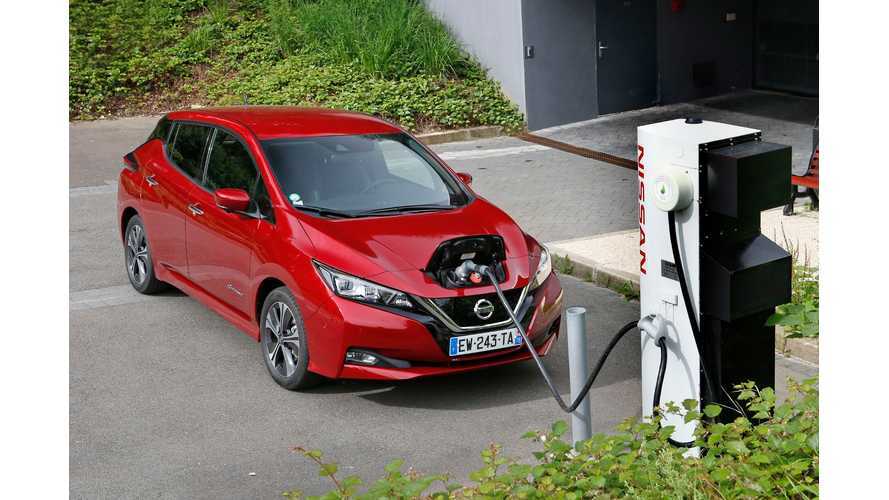 Nissan rightfully enjoys the fact that, a year since the unveiling of the second-generation LEAF in September 2017, it's the fastest-selling electric vehicle in Europe.

In the first eight months of 2018, Nissan sold in Europe 43,000 LEAFs and nearly 70% of those went to drivers who previously owned conventional models. Three-quarters of new LEAF customers have chosen ProPILOT feature for assisted driving.

"Designed to make a sustainable lifestyle attainable, the Nissan LEAF has captured the head and heart of Europe’s motorists, with nearly 70% of LEAF owners changing from internal combustion engines to electric mobility for the first time. Across Europe, 43,000 LEAFs were sold in the first eight months of 2018, making it the best-selling EV across the continent."

Watch As Nissan LEAF Drives Thousands Of Miles Across Eurasia

“The new LEAF is an important step towards Nissan’s vision for an intelligent, fully integrated electric vehicle experience.

“The fact the LEAF has resonated so strongly with both motorists and critics against a backdrop of increasing EV adoption and an ever-growing list of competitors shows just how talented it is. Looking ahead, we’re confident that LEAF’s reputation as a leader in the EV market will continue to grow.”

The new LEAF grabbed tons of awards in Europe too: