Electric Car Myths Must Be Dispelled For EVs To Take Off

The UK government and car industry have been told they must "dispel the myths" surrounding electric vehicles (EVs) after it emerged that only a third of UK drivers expect to own an EV within 10 years. 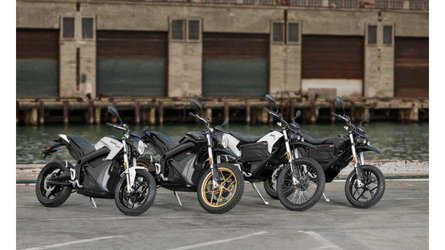 A study commissioned by the AA found that just 35 percent of the 10,000 respondents thought they would own an EV within a decade.

Although the question concerned fully electric vehicles alone and made no mention of plug-in hybrid cars, the response may still come as a blow to the government, which recently laid out its ambition to see plug-in electric and hybrid vehicles make up more than half of new car sales by 2030.

However, the AA says many of the reasons given for staying away from EVs were "myths" that can be dispelled with "broader concerted efforts to convince the public of the wide benefits of EVs."

If the study is to be believed, though, the public’s perception is that there are as many problems with the electric vehicle infrastructure as with the vehicles themselves.

The vast majority of those quizzed (85 percent) said there weren’t enough charging points for EVs, while two-thirds (67 percent) of respondents said EVs take too long to charge.

The AA’s president, Edmund King, said the government and automotive industry needed to tackle the misconceptions and develop infrastructure.

"The EV revolution hasn’t perhaps taken off as quickly as we would have liked but now we have a firm commitment to the charging infrastructure, as well as future-proofing houses, offices and strategic roads."

Andy Eastlake, managing director of the Low Carbon Vehicle Partnership, an organization that aims to accelerate the transition to zero-emission transport, said: "The survey shows that motorists with little direct experience of driving an EV are yet to be convinced about them. By contrast, our work with communities of EV users shows that, with experience, doubt can quickly turn to enthusiasm and keen advocacy.

"The challenge, which we will be addressing with key stakeholders, is how to give mainstream motorists the experience they need and to address some of the misconceptions they hold."