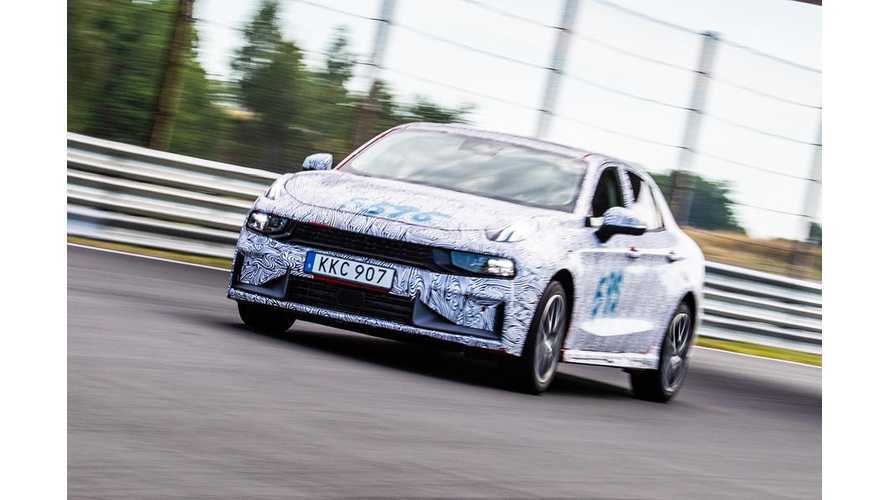 It's a four-door saloon, based on the Volvo's Compact Modular Architecture (CMA) that will be available in ICE and PHEV versions. The plug-in hybrid is expected to have 40 miles (64 km) of all-electric range. There is also a chance for an all-electric version, but that would come several years from now.

"Lynk&Co’s models feature highly connected technology, so the 03 is expected to follow suit and come with large touchscreens that offer internet connectivity. The 03 could also get a share button, as introduced in the 01, that allows other users to access the car with a temporary digital key sent to their smartphone."

"When it goes on sale, the 03 will be offered for purchase or acquired via a contract. Unlike PCP deals, Lynk&Co’s contracts are short term, like those used to purchase smartphones. Most of the car’s sales are expected to come from this type of deal."

First sales will begin in China and then probably over in Europe soon after.