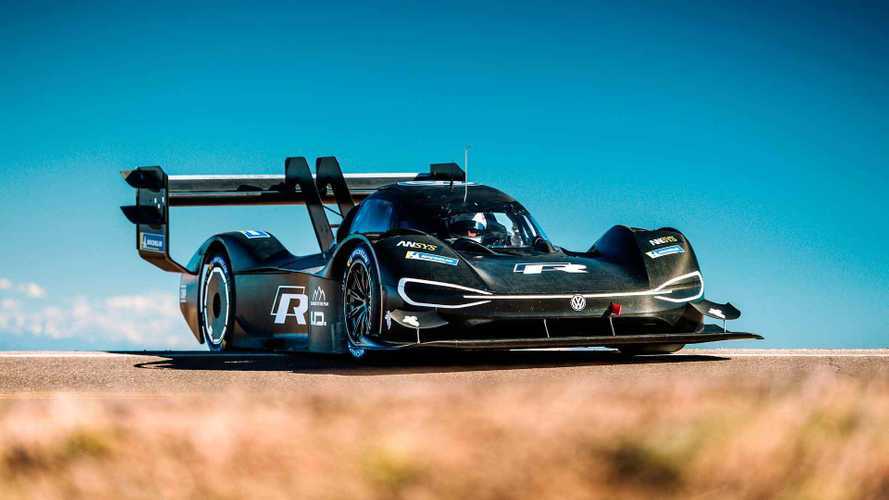 The Volkswagen I.D. R electric race car may be the quickest thing to ever climb Pikes Peak, but the 14,115ft Colorado mountain isn’t easily conquered. It takes a lot of driving skill and advanced engineering & design to topple some of the world's most notorious racers from this grueling mountain climb challenge. Driven by Romain Dumas, the electric machine sprints up the hill, disappearing from view with a futuristic whoosh of electric motors faster than you can wrap your head around it.

Then, 7min 57.148 seconds later, the car has traversed the 156-turn Pikes Peak International Hill Climb, breaking Sébastien Loeb’s 8min 13.878sec outright record with authority. The fastest vehicle to ever do the run. And even Dumas was impressed.

“This is a significant moment not just for Pikes Peak, but for all motorsport,” says Dumas.

But, what is behind all the record-breaking speed?

Volkswagen, in their effort to rid themselves of all the drama surrounding their dieselgate situation, made sure that their upcoming all-electric vehicles have a hero to represent them. And what better way to do it, than a Pikes Peak monster. Used not only for testing electric powertrain components but also, to shine a light on their newly found love for electric vehicles, it made perfect sense for the German car maker. Hence, they've employed Volkswagen Motorsport - their racing division - to create a racer worth of this legendary Hillclimb event.

We've seen several up and coming EV car makers do Pikes Peak. Rimac was there a few years back, after all. But up until now, none of the legacy car makers dared to tackle one of the most prestigious racing events in the world with an electric car. And that meant some impressive engineering and behind the scenes work.

Thanks to AutoCar, we have a chance to visit a thorough showcase of the VW's I.D. R electric race car. Giving us insight into the first training runs, all the way through Volkswagen Motorsport's vision for the I.D. R, the report ends up as one of the most impressive pieces of reading material anyone with a love for hill climb will truly cherish. Grab a few minutes and give how Volkswagen broke the Pikes Peak hill-climb all-time record a good read It's well worth it.