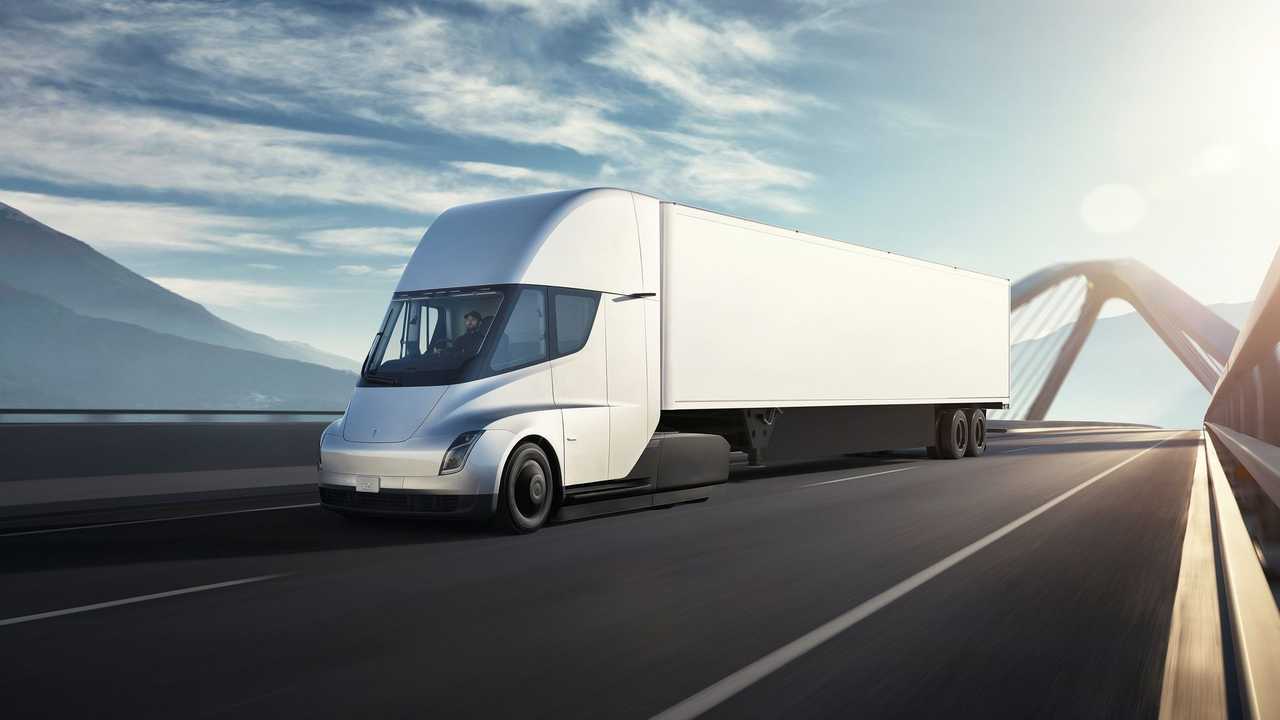 One of the Tesla Semi prototypes appears at the Fremont factory.

Aside from our recent share that revealed the inside of the Tesla Semi, there hasn't been much news surrounding the behemoth. Additionally, sightings have been rare lately. Now, the larger silver semi truck showed up at the Fremont factory and onlookers were able to snap some shots.

"I swear it's bigger in person" #teslasemi

"I swear it's bigger in person" #teslasemi

A few others also shared images and video of the Tesla Semi on Instagram, which we've included below:

No rooftop garden, no laundry service, no spa water, but at least we have this

Thicc ? appreciation. 4 electric motors. 8 wheels. Ludicrous amount of torque. No jackknifing. . . The first semi to have true torque vectoring to prevent one of the biggest dangers to semi truck drivers: jackknifing. Not only will the electric semi blow any ICE semi out of the water with speed and acceleration, it’ll also be safer than any other semi before it. . . The third picture is what happens today when a trailer jackknifes . . . . #teslasemi #tesla #rearend #torquefest #engineeringporn

Tesla CEO Elon Musk announced after some recent testing that the larger semi may have about 600 miles in its production configuration. Originally, when the vehicle debuted, the range was said to be about 500 miles.

It will be interesting to see when Tesla begins to move forward more aggressively with the electric semi trucks, although it appears the company has been testing the vehicles for some time. Tesla plans to begin production next year. However, at this point, the automaker's primary focus is on Model 3 production and profitability. Along with the semi, the Model Y and new Roadster are set to arrive in the coming years.