More On The Tesla Roadster Debut In Europe At Grand Basel 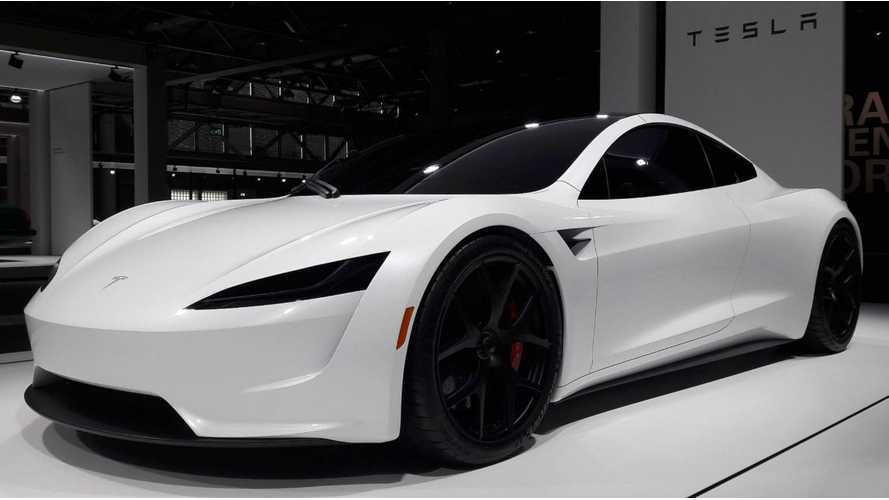 Tesla’s next-generation Roadster continues to make headlines ever since the Tesla Semiunveiling last year where this futuristic all-electric supercar descended from the Semi-trailer. Tesla aims to launch the Roadster in 2020 and recently teased a stunning, new photo of the Roadster in white.

Above: New press photo of the 2020 Tesla Roadster (Image: X Auto via Tesla)

Tesla Roadster with a claimed 0 – 60 mph in 1.9 seconds is already challenging established high-end car manufacturers around the globe. The next generation Roadster is equipped with a 200 kWh battery pack that gives the car an impressive 620 miles of range.

Considering the supercar performance of this electric beast, the price of the car seems relatively reasonable at $200,000. It can be reserved at this time for a $50,000 deposit. For those who want it more quickly, a Founders Series Roadster can be reserved for an upfront, payment-in-full of $250,000.

Above: Comparing the 2020 Tesla Roadster specs with the Bugatti Chiron supercar (Image: 9gag)

Tesla is showcasing the Roadster for the first time in Europe at the Grand Basel car show in Switzerland. Grand Basel is a show where only exceptional vintage and modern vehicles are chosen to be showcased. Based on the media buzz surrounding the show, the Tesla Roadster is turning out to be one of the most sought-after attractions there.

The car at Grand Basel appears to be a design shell of a white Roadster which also happened to be showcased at the 2018 Tesla Shareholder Meeting a couple of months back accompanied by a Tesla Semi Truck.

Above: The 2020 Tesla Roadster at the Grand Basel Auto Show (Image: X Auto via @grandbasel / Instagram)

One observation worth noting — there's no side mirrors and the prototype shown also features a more minimalist and unique interior which was featured in Tesla's 2018 promo video earlier this year. For current Tesla owners who can't afford the hefty price tag of the 2020 Roadster, they can use Tesla's referral program to try and win a free next-gen Roadster.

> Above: A sneak preview of the Tesla Roadster at Grand Basel (Youtube: Carvlogger via InsideEVs)