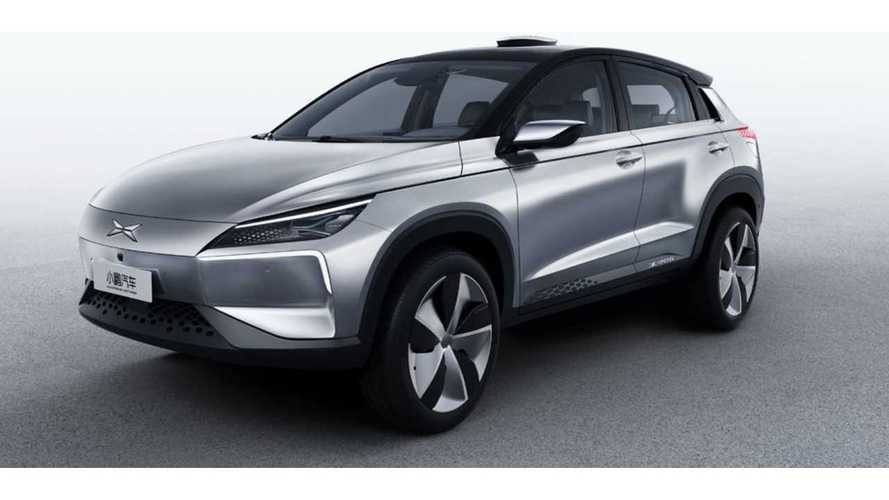 Financial backing from some of the biggest Chinese tech companies and a sound approach to innovate put Xpeng above the 300+ strong Chinese automotive startup scene.

For most Westerners, the name He Xiaopeng doesn't sound familiar. After all, even Xpeng motors - his biggest venture - is little known to most outside of the automotive industry. He started his trip in the automotive industry back in 2014, when he took notice of Tesla after Musk publicly shared some of its patents. That same year, he sold his web browser, UCWeb Inc., to Alibaba for a figure close to $5 billion. After an in-depth look at Tesla's patents, he was convinced that self-driving cars are not just the future, but also, a gold mine of data, driving tech companies monetization goals through different services and applications.

The road of Xpeng started by recruiting several engineers and sunking in several hundred million yuan into this brand new automotive startup. He did that while keeping his day job, heading Alibaba’s digital entertainment business.

Fast forward a few years and the day He's son was born. While sitting at the hospital with great news, He got a call from Jixun Foo, a Shanghai-based managing partner for GGV Capital and an Xpeng investor, advising him to go and run Xpeng full time. He wasn't getting any younger (he just turned 40), this was the right time to make something big and make his son proud.

“I wanted my son to grow up and feel proud his dad was doing something more meaningful than working on a web browser,” says He, now 41.

The next move He made was to give resignation at his position at Alibaba. While reluctant, Daniel Zhang, Alibaba CEO, accepted He's resignation in May 2017 but insisted on investing into Xpeng. The deal was complete over breakfast at Alibaba Executive Vice Chairman Joseph Tsai’s Hong Kong home. In turn, Alibaba became Xpeng's second-largest shareholder and Tsai joined the board of executives. This move laid out the foundation for Xpeng to become one of the world's biggest car makers, propelling China to the top of the automotive world.

Currently, the four-year-old startup is spearheaded by the 35-year-old senior car executive Henry Xia. The company is still essentially a startup. They haven't delivered a single vehicle. They don't own a factory. They don't even have a production license, issued by the Chinese government. Well, not yet.

What they have is backing from some of Chinese and the world's biggest tech companies. With the likes of Alibaba Group Holding Ltd., Foxconn Technology Group, and Xiaomi Corp. founder Lei Jun, the company aims to raise more than $600 million just this month from investors. And this move, valuing the company at close to $4 billion, would propel it onto the fast track of delivering self-driving, fully autonomous electric vehicles in a short amount of time.

Like both Facebook and Google, the Chinese tech companies have a larger than life appetite for data produced by cars. Where do they go, what routes are they using, what are the passengers listening to, what websites are they visiting, where are they stopping, what are they buying and how much money are they spending. These are all valuable pieces of information for companies that want to monetize the data collected by self-driving vehicles. For Xpeng, their cars already use Alibaba maps and other software. They even created their own operating system, designed for faster, over-the-air updates.

“Like the iPhone, cars will be another connected platform to sell music, mapping and services, and collect driver data,” Foo says.

The big coming out party for Xpeng was this January’s Consumer Electronics Show in Las Vegas. This is where Xpeng revealed its first car intended for sale. It was a cherry-red G3. The vehicle comes with autonomous parking, a smartphone app to unlock the car, and a 360-degree camera ascending from the roof. Xpeng plans to start delivering part of their 4,000 strong pre-order volume to customers by late November, giving them their first real-world look at the car that's said to cost around $30,000 to about $42,000, before subsidies kick in.

Production of the vehicle is contracted to Haima Automobile Group Co. in Zhengzhou. After the test batch of SUVs named David 1.0, the G3, Xpeng plans to introduce a third model, a larger sedan with a bigger chassis, set to be produced at their own facility that the company has under construction in Zhaoqing.

This Chinese automotive startup faces substantial odds in the EV car business. Even with the financial and human resources backing from some of China's biggest tech companies. After all, there are serious hurdles to be overcome for a car company and even Tesla - the role model for Xpeng and He - struggles mightily to ramp up production.

“There are 300 EV companies in China,” He says, and the Darwinian struggle is just starting. “In China, if you’re just copying from others, you are going to die. It’s the companies that learn from those like Tesla that will survive.”

Certainly, time will tell Xpeng's story. But the sheer financial backing, the manpower and the will to innovate, not just copy and paste, make Xpeng one of the most compelling arguments for a successful Chinese EV company right now. With Tesla struggling mightily due to the recently introduced import tariffs and their pie-in-the-sky Chinese factory, there might be room for a relatively small (just 1,800 employees) automotive startup, sitting on a pile of cash, to make ripples across the pond that is the Chinese car industry.