The plug-in hybrid SUV can cover up to 50 miles (80 kilometers) without sipping gasoline.

It was early June when BMW introduced the next-generation X5 and already the company is ready to electrify its midsize SUV. Developed as a direct replacement for the old xDrive40e, the new plug-in hybrid version goes by the name of xDrive45e to reflect the improvements it offers over its predecessor. It boasts a new hybrid powertrain developed from the ground up to please both worlds by offering superior power and better efficiency at the same time. 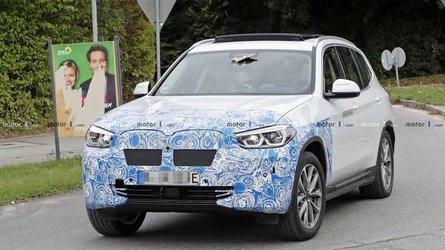 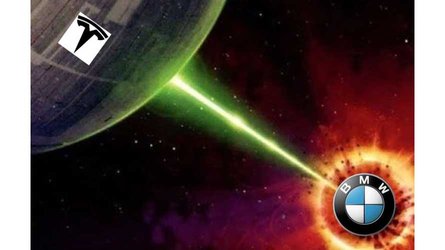 The good news continue as aside from packing significantly more punch, the new plug-in hybrid X5 also has a much more generous electric range, with BMW saying it can do up to 50 miles (80 kilometers) thanks to a better lithium-ion battery pack. According to the company, the value is based on the newly introduced WLTP test cycle but translated back into the NEDC-equivalent value. As a refresher, the defunct X5 xDrive40e was NEDC-rated at just 19 miles (31 kilometers).

Although developed with efficiency in mind, the electrified X5 is no slouch – 0 to 62 mph (100 kph) takes 5.6 seconds, which is more than one second less than the model it replaces. Not only that, but top speed in pure electric mode has gone up from 75 mph (120 kph) to 87 mph (140 kph). If you’re only after efficiency and a diesel is not your cup of tea (or not available in your country), this can be a viable solution as BMW says it will sip just 2.1 liters / 100 km, with equivalent CO2 emissions of 49 g/km.

Even the base version comes with two-axle air suspension and electronically controlled dampers, while the more expensive ones get four-wheel steering. The only downside of this version is the cargo volume, which is reduced by 150 liters compared to the conventionally powered model. With all the seats in place, you have 500 liters at your disposal, and 1,716 liters once the rear backrests are folded.

Although revealed today, the new BMW X5 xDrive45e won’t be going on sale until sometime next year. It’s important to mention all specs refer to the European model, with details about the U.S.-spec version to be announced closer to the market launch set for 2020 as a 2021MY.