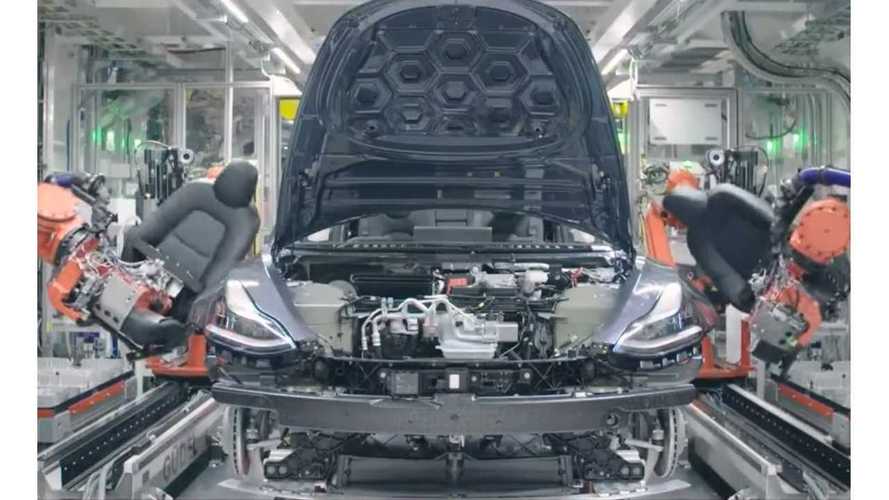 Bloomberg takes a look at Tesla production rates compared to other automotive factories in North America.

Tesla Model 3 production didn't ramp up quite as quickly as the company had planned. Multiple issues plagued production for the first 3 quarters. But for those of us that have followed Tesla since its days as a tiny start up, it was only a matter of time. At the end of last quarter, Tesla's plant in Fremont finally achieved that elusive 5,000/week of Model 3 production. In total, the factory cranked out nearly 7,000 vehicles between the Model 3, Model S and Model X.

A more relevant description from Mr. Armstrong might have been "7000 electric cars, circa 7 months. ❤Ford Team❤. " But even ignoring the EV factor, Tesla's production in the last week of Q2 was well above the average North American factory including the majority of Ford plants. In an article for Bloomberg, Tom Randall and Demetrios Pogkas dug into Model 3 production and compare it to the output from other major automaker factories. Their estimated 2018 production data was pulled from just-auto.com.

Charts and data created from Bloomberg

Bloomberg notes that in 2017, Tesla averaged 1,949 cars produced per week. For the first half of 2018 Tesla increased this rate to 3,378 cars per week. This places their output in 48th place among 70 North American factories. Keep in mind that this average is weighed down by low Q1 Model 3 production, a 10% decrease in Model X and Model S production, and multiple scheduled shutdowns to improve Model 3 production.

For the remainder of 2018, average production will be significantly higher. Tesla may not produce 7,000 cars every single week, but ~6,000/week isn't an unreasonable expectation. If you'd like to check out how Fremont compares to factories owned by Ford, Toyota, GM and others check out Bloomberg's interactive graph at the link below.