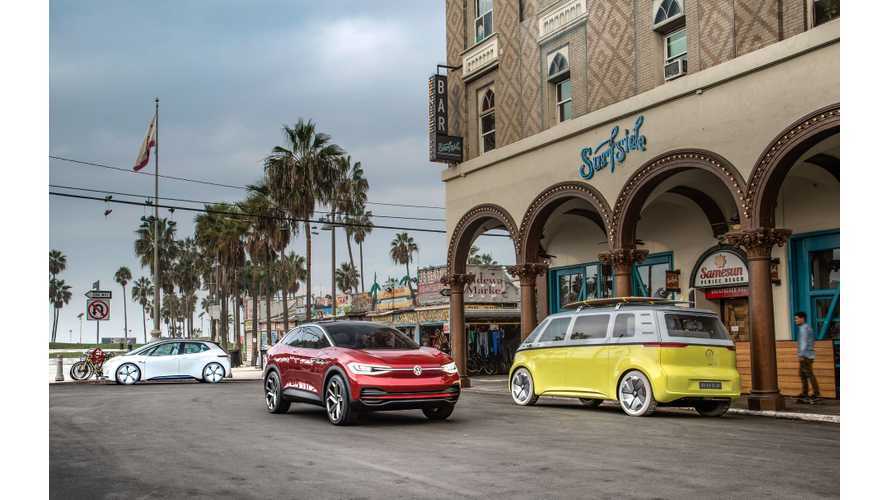 While the Volkswagen I.D. hatchback will be produced in Germany from late 2019 and not offered in U.S. at all, the I.D. CROZZ and I.D. BUZZ are to be "Americanised"

That means not only that the design will be influenced by North American style, but also production will be localized in the U.S.

According to Hinrich Woebcken (CEO of the North America Region, Volkswagen and President and CEO of Volkswagen Group of America, Inc.), producing cars in the U.S. is the only way for the high-volume scenario.

“For strong product momentum, they need to be produced in the USA. It’s not possible to come into a high-volume scenario with imported cars. We want to localise electric mobility in the US.”

It gives us a glimpse into the automaker's ambitions to become a volume BEV manufacturer in the U.S.

From now on, we need to tune in for news about the production facility and battery supplies, as battery production usually follows EV assembly.

Production of cars in the U.S. would also secure Volkswagen from troubles connected to the U.S.-Europe line in terms of tax duties.