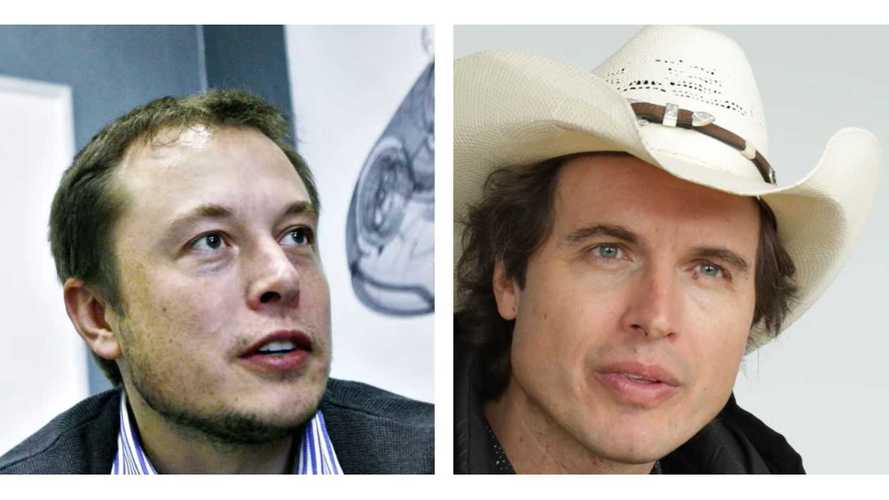 Elon Musk's brother, Kimbal Musk, provides a unique outlook on the family ethos. Make no mistake, the Musk brothers are quite close. It turns out that Kimbal began "working with Elon to create Zip2 and PayPal. He also sits on the boards of Tesla, SpaceX and Chipotle." Most recently, Kimbal has tried his own hand in building businesses including, "The Kitchen Restaurant Group and the non-profit Big Green."

Above: Kimbal Musk and his wife Christiana take delivery of their Tesla Model 3 (Instagram: Christiana Musk)

Their mom, Maye Musk says of her kids, "They grow up knowing you work hard, and the harder you work, the better you do and the luckier you get. They also had to be responsible for themselves."

Looking back on their early adventures together, Elon recalls, "When my brother and I were starting our first company, instead of getting an apartment, we just rented a small office and we slept on the couch." He remembers, "We showered at the YMCA and we were so hard-up that we only had one computer."

CNBC reports that Elon and Kimbal's, "first company went on to become Zip2, a web software startup that created online city guides for newspapers.... and eventually sold it to Compaq for roughly $300 million in 1999." Much of Kimbal's windfall later found its way into another investment closely tied to his brother, Tesla Motors.

Kimbal had invested heavily in Elon's electric car company during the 2008 financial crisis. He explains, "It was such a dark, dark time for any company building a business but for a car company start-up,  crazy." Nevertheless, he says, "It was a mission-driven company. I couldn't have really forgiven myself if I didn't make the investment."

Talking about today's battles with Tesla's short-sellers, Kimbal says, “We feel like we are at war.” He added, “The reason Elon seems to attract drama is that he is so transparent, so open... He doesn’t know how to do it differently. It’s just who he is.”

During Kimbal's Reddit AMA (via CNBC), he emphasized the importance of prioritizing the founder's focus around the product. He says, "Obsess about your product. Get it out into consumers hands as fast as possible," explaining that it's okay to "fail early and often."

According to Kimbal, you shouldn't allow a nagging sense of doubt to creep into your thinking. He says, "Self-doubt the sh-ttiest part of being an entrepreneur. Doubt from others is usually much easier to handle."

Kimbal adds, " best advice... stay true to your passion and persist through the hard times." He notes, "Building businesses is a brutal process at times but it is so rewarding building something the world values."

Watch This Tesla Model 3 Rear Bumper Fly Off After Driving Through Puddle
This Tesla Model Y Video Warns You Not To Buy One – At Least Not Now
Deliver Now, Fix Later: Tesla's Competitive Edge Is Also Its Major Weakness
Watch Tesla Model X P90D Crush This Ferrari F430 In 3 Drag Races
Nissan Transitions To CCS For US And Europe, Dealing CHAdeMO A Fatal Blow

Watch This Tesla Model 3 Rear Bumper Fly Off After Driving Through Puddle
This Tesla Model Y Video Warns You Not To Buy One – At Least Not Now
Deliver Now, Fix Later: Tesla's Competitive Edge Is Also Its Major Weakness
Watch Tesla Model X P90D Crush This Ferrari F430 In 3 Drag Races
Nissan Transitions To CCS For US And Europe, Dealing CHAdeMO A Fatal Blow