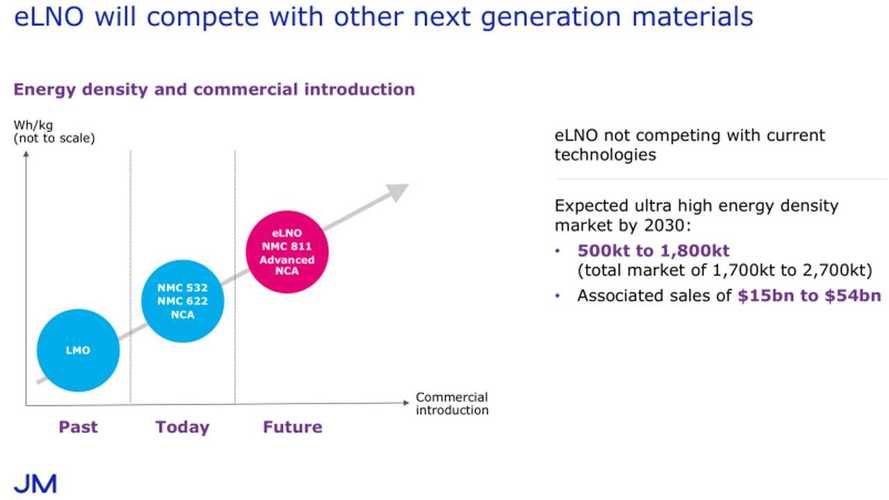 The eLNO (lithium nickel oxide) seems to be a nickel-rich and cobalt-free cathode that, according to press release, improves energy density, and lowers costs, while at the same time maintaining other factors like recharging, power output or safety.

After positive feedback from customers during testing, Johnson Matthey is building a demonstration-scale plant in Clitheroe, UK. The facility will provide 1,000 tonnes per year (sample quantities) for battery manufacturers around the world.

The second step is the full-scale production facility in mainland Europe that from 2021/2022 would be able to supply 10,000 tons per year. That's still not much - maybe 100,000 long-range electric cars, but it's positive news to see new concepts for battery materials on the horizon.

"… we benchmarked against NMC 811, 622 and, of course, NCA. The key differentiator for eLNO is that we’re able to have higher energy density at lower cost. So, if you think of that important ratio of dollars per kilowatt hour, we have the lowest total cost, dollars-per-kilowatt basis than of any of the other materials. But more importantly, we’re able to do that without sacrificing any of the other attributes.

Does that mean more range at a lower price is coming?