GM Announces Baojun E200 Will Launch In China This Month 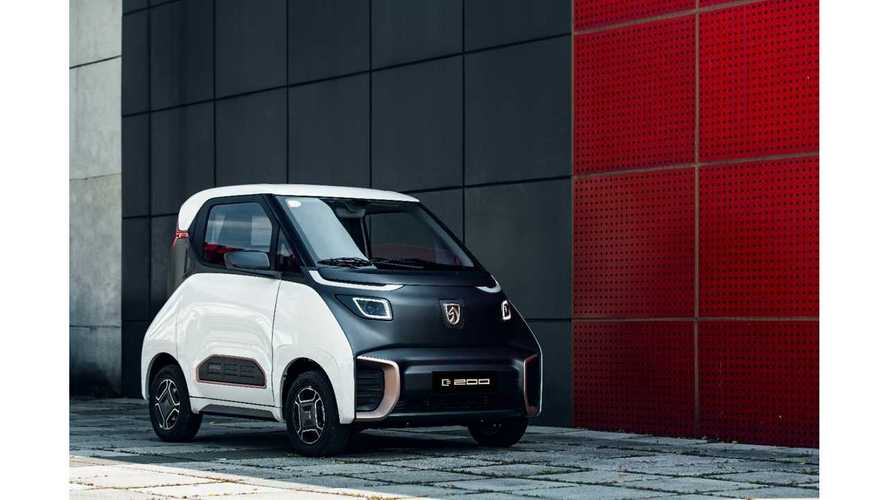 SAIC-GM-Wuling sneaks a new all electric vehicle with a stylish interior into their Chinese lineup.

Earlier this year spy shots and early promo images had been floating around the web of a follow up the the popular Baojun E100 electric vehicle. Since the E100 was launched in late 2017 it has sold more than 22,000 units.

More About GM EVs In China

The E100 received a series of improvements to features and range earlier this year. Now the follow up vehicle, the Baojun E200 is set to launch this month. General Motors says that the E200:

Features more than 200 upgrades compared to the E100, including a longer range, a new exterior and interior design, and improvements for in-cabin quietness.

While the E100 and E200 will initially be sold along side one another, the E200 will eventually replace the E100 according to GM Authority.

The quietness of the electric drive and vehicle components seems to be a point of pride to the SAIC-GM-Wuling joint venture. According to the press release, when the vehicle is accelerating to 2600-3800 rmp, gearbox noise is 40-45 decibels and air conditioning noise levels can be as low as 42.9 decibels.

A GM representative informed us that pricing has not been announced yet, but will be soon. Performance numbers have also not yet been provided, but it is likely similar to the E100 with a top driving speed of 100 km (62 miles) per hour.

The exterior styling might not be for everyone, but the small two-seat vehicle certainly is eye catching. Where the E200 really stands out is in the unique interior. It should appeal to young and tech minded commuters.