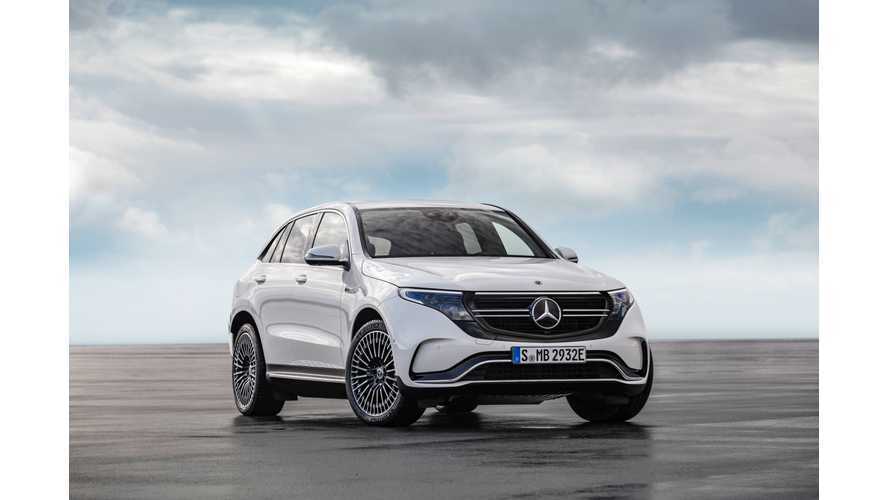 Congratulations are in order. Finally. Plans are starting to surface for German electric cars. But some are disappointed. Germany's Handlesblatt reports, "Mercedes, Audi and BMW will present new electric cars… none of the models, however, is expected to be the much-hoped-for 'Tesla killer.’” Why? Evercore ISI analyst, Arndt Ellinghorst says, “Germany’s first, real electric cars will be expensive compromises between the old and new world.”

Patrick McGee (via Financial Times) takes a deeper look at disagreements plaguing German automakers. Factories are struggling with fractured electric vehicle strategies. McGee writes that "leading German manufacturers grapple with how best to switch to greener vehicles." Furthermore, he surmises that the switch to all-electric vehicles, like the cars that Tesla produces, could pose an "existential challenge" to the German automotive establishment.

McGee notes that "When Tesla started production of the Model S saloon in 2012, the start-up had fewer than 3,000 employees. Chief executive Elon Musk had the luxury of beginning with a blank page, to hire just the specialists he needed...  to launch the first successful electric-only car brand." One former Tesla executive said the company ethos, at the time, was: "There’s only one way, and it’s forward."

In contrast, if legacy carmakers aggressively push forward with electric vehicles, they'll need to give up the cash cows of the past — diesel and gas-guzzling cars powered by the internal combustion engine. For Germany's automakers, according to the Ifo Institute, "up to 600,000 of their jobs would be at risk if the internal combustion engine died. However, all incumbent carmakers acknowledge that electric cars are the future." That said, Germany's legacy automakers are struggling to address this conundrum.

To make matters worse, the shift to electric, “will re-sort the carmakers in profitability,” says Christian Senger, head of the e-mobility line at the VW passenger car brand. “Those who the hardest road will be more successful than the others.” But they're nervous about "over-spending on a technology that may or may not upend existing facilities devoted to cars powered by internal combustion engines."

Above: A look at the Tesla Model S and BMW i3 (Image: Drive Zero)

Meanwhile, "This is not a dilemma Tesla ever faced. Among its early competitive advantages was a vehicle architecture built specifically for an electric car. Its Model S saloon was designed to house large batteries that would give it the longest driving range possible. When it debuted in 2012, the middle-of-the-range Tesla model could drive for 335km— a range many rivals even in 2018 fail to match." And now, "it sells variants with ranges greater than 500km."

An analyst at Bernstein, Max Warburton, warns Germany's carmakers, “If you have a dedicated EV platform and the demand doesn’t come, you’ve lost a lot of money.” BMW's chief executive Harald Krueger says, “We can’t afford having two factories standing still." He notes, "with a flexible approach you can always manage the capacity of your plants. But if you have a specific EV architecture, what do you with the old one? What do you do with the people?”

The marketplace, however, is moving towards vehicle electrification. It's reported that "Customer preferences are becoming greener and increasingly stringent regulations will make it necessary for electric cars to be a substantial part of  fleets in the coming decade." Right in Germany's own Frankfurt, courts just ruled to "ban polluting, older diesel and gasoline vehicles from the city center starting next February."

Above: An example of how European cities, like London, are beginning to transition to electric vehicles (Youtube: Financial Times)

With the pressure on, Germany's latest EV investments could be "an acknowledgment that its current line-up of electric cars fall short of competing with Tesla on range, acceleration and other measures." That said, Germany's electrification efforts remain constrained by its allegiance to the internal combustion engine.