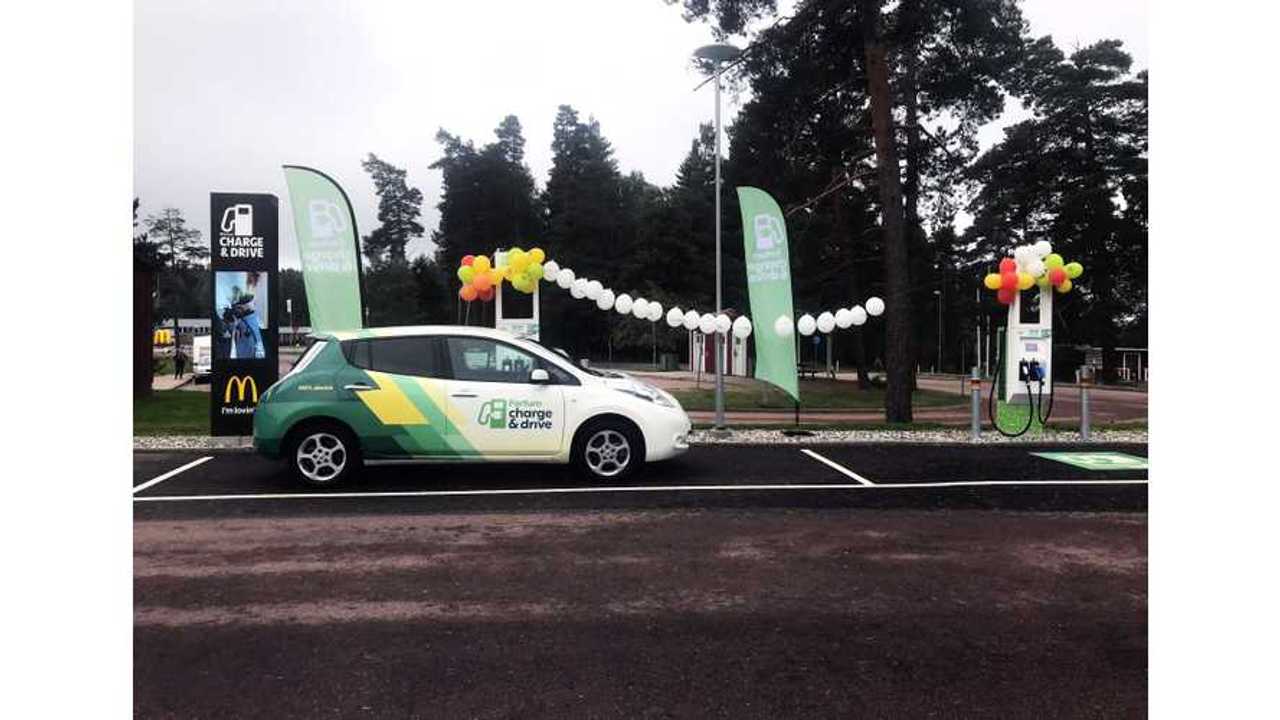 In September, Sweden lived to see its first ultra-fast charging station opened, called high-power charging (HPC), installed by Fortum Charge & Drive in partnership with McDonald’s, at McDonald’s in Kristinehamn, some 270 kilometers west of Stockholm and midway between Oslo and Stockholm.

The press release doesn't say what the power level of the charger is, though there is a note that it's 7 times faster than standard 50 kW charger and can replenish 250 km (155 miles) of range in 10 minutes. That would be possible with 350 kW output and a car that can accept such power.

"At Kristinehamn’s HPC station next generation EVs can charge about 250 km range in only 10 minutes time. This is 7 times faster than on the quick chargers that are on the market today.

The new HPC charging station in Kristinehamn is part of the first High-Power Charging (HPC) corridor that Fortum Charge & Drive is building between Oslo, Stockholm and Helsinki. The corridor provides better charging possibilities for the long range (over 300 km) EV models with higher charging speeds. This means that the next generation electric cars will be able to drive from Helsinki to Oslo in the same amount of time as conventional cars."

“We started our high-power charging journey from Oslo in April. This is our second step in establishing a network that will make electric long distance travelling in the Nordics even more convenient. Additional HPC stations will be opened in Sweden and Finland in the coming months”