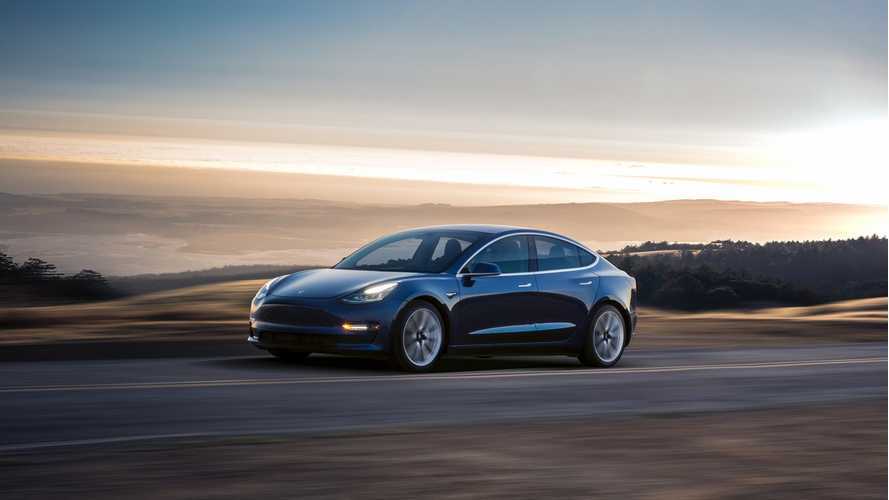 This Tesla Model 3 rolled over at highway speeds, but, thankfully the driver only suffered minor injuries.

The Model 3 hasn't received any official crash test ratings, aside from front crash prevention and headlights. Tesla has a reputation for safety and there's an expectation that the car will perform well. A story and images of a recent rollover crash shared on Reddit support these expectations, but until official crash test ratings are published, this is merely a story and some images.

We rarely see rollover crashes involving Tesla vehicles. This is because the heavy "skateboard style" battery pack creates a low center of gravity. Tesla recently shared a testing video showing that it couldn't roll the Model X no matter how many times the test was repeated. The Model 3 has an even lower center of gravity, so one would think that rolling it would prove even more difficult. Regardless of this, if you're driving fast enough and the conditions are just right, there's always a chance the car will roll.

According to the Reddit story, the driver was alone in the vehicle and traveling at about 70 mph. A collision occurred with another vehicle causing the Model 3 to hit a median and break off a front tire, which resulted in a rollover and left the car upside down. The driver was helped out of the vehicle (the windows still rolled down and the door opened).

She walked away seemingly just fine, but chose to go to the hospital to be checked out. Aside from some bruises and soreness, the doctors found that she had a compression fracture in one vertebra. Her husband was relieved and explained that he was thoroughly impressed with the Model 3's level of safety. While this doesn't mean that the Model 3 is deemed safe in rollover crashes, this particular car appears to have performed quite well.

You can check out all of the images of the crash below. Also, click on the Reddit link to read the story in its entirety.