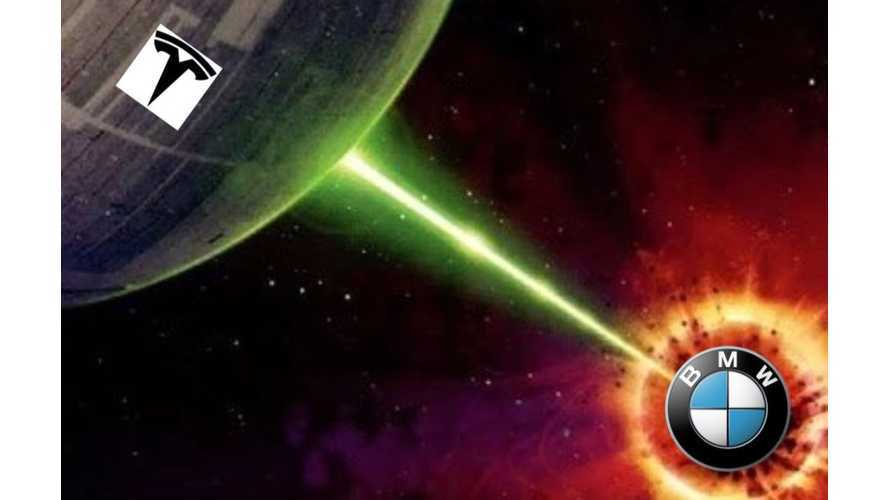 It's hard to believe it, but indeed it's true. In the month of August, the Tesla Model 3 alone outsold all passenger cars from BMW.

And we don't have to add any asterisks(*) either.

Tesla Model 3 sales in August hit an estimated 17,800 units, an all-time high for any plug-in electric car ever. Surely that's impressive, but what if we look at it in a slightly broader way.

Well, short answer is that BMW loses. Here's a look at that sales figure:

And here's the model-by-model breakdown:

So, can we now safely say the Tesla Model 3 is a sales success? We firmly believe so.

Gallery: Tesla Model 3 Outsold All BMW Passenger Cars In US